Nearly 200 food service workers on Vancouver Island tested positive for COVID-19 while more than 100 different restaurants, bars and cafes had a confirmed exposure during a four-month period this year, newly obtained data shows.

According to Island Health data obtained by CHEK News through a Freedom of Information request, a total of 198 employees working at either a bar, restaurant, pub, cafe, or dining establishment on Vancouver Island tested positive for COVID-19 between Jan. 1 and April 16.

Furthermore, 102 different establishments — restaurants, bars, cafes, and pubs — had a confirmed exposure during that same period.

Island Health only publicly reveals an exposure at a restaurant when public health workers are unable to reach potentially infected individuals through contact tracing and between January and April 16, only one establishment — Bard and Banker — in Victoria is listed on their website for possible exposure.

Of the 102 establishments identified, 30 were in Greater Victoria, 29 were in the Nanaimo region, 14 were in Oceanside, 11 were in the Cowichan Valley, eight were in the Comox Valley and four were in the Campbell River area. The remaining establishments were located in the Saanich Peninsula, Langford-Colwood-Sooke area (listed as Western Communities) and Alberni-Clayoquot.

There were also an estimated 68 cases — figure includes both staff and patrons — that ended up being linked to an exposure that occurred at a restaurant or bar, Island Health’s data shows.

“These are cases that most likely acquired COVID-19 while visiting or working at a dining establishment,” Island Health notes in its FOI response.

Ian Tostenson, president of the British Columbia Restaurant and Food Services Association, said the numbers — the figure of 198 employees testing positive accounts for less than 10 per cent of all cases recorded in Island Health between Jan. 1 and April 16 — aren’t overly concerning.

“Most of the transmission in restaurant workers were between workers because they were out doing stuff and enjoying life and some work in different restaurants and that’s when the transmission started to occur and got worse with variants,” he said.

Mike Norbury, head bartender at Bartholomews Public House in downtown Victoria, said the industry has been through a lot of the past 14 months and been at the shorter end of the stick.

“I think we were kind of the short end of the stick through this whole process,” he said. “Whether it be employment or re-opening, shutting down, there’s a lot of people who I know who were threatened by lots of guests who didn’t want to follow protocols.”

“We are basically frontline workers, so it is not a surprise that [nearly 200] people got it between January and April,” he added.

Dr. Bonnie Henry, the provincial health officer, has repeatedly said that transmissions have generally been lower at restaurants and establishments, even though she introduced restrictions prohibiting indoor dining in late March.

Tostenson said for much of the pandemic, the industry remained generally confident that it could keep transmissions low, given the stricter operating requirements.

“We were really confident [about the lack of] transmission between like a guest and a server because of masking and distance,” he said. “Vancouver Island has such low numbers, right through all this, which has been great.”

With restrictions on indoor dining expected to be lifted in the coming days and more and more people getting vaccinated, Tostenson is optimistic about the future.

“Next week, I think is going to be a lot of good news for the province,” he said. 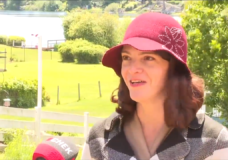 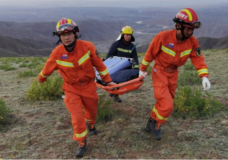