COVID-19 vaccine shortage in B.C. could get worse due to EU threat

January 27, 2021 updated
CHEK
WatchCanada could be facing a major vaccine shortage due to a European Union threat. What does it mean for BC? Tess van Straaten reports.

A serious COVID vaccine shortage means there will be no shipments this week and doses for the next few weeks will be drastically decreased due to supply issues.

But the Prime Minister is trying to reassure Canadians.

“We are very much continuing to be on track for receiving our full doses of vaccines in the timelines provided,” Trudeau said on Tuesday.

This, despite a new threat to vaccination plans.

In a protectionist move due to a row with AstraZeneca, the European Union could limit the export of vaccines made there — including all of Canada’s Pfizer supply — to make sure its citizens get it first.

“We will, of course, continue to work closely with our European allies and counterparts to ensure there are not any disruptions to the Canada supply chain but Canadians can rest assured that we are working diligently, every single day, to get as many doses to Canadians as quickly as possible,” he says.

The news comes a day after B.C. decided to delay second doses even further. They’ve been pushed to 42 days — the maximum wait time the World Health Organization recommends — due to on-going shortages.

“This is something that I’m very, very concerned about,” Dr. Bonnie Henry says. “We do not have enough vaccine to protect everybody who needs our protection right now.”

B.C. Health officials say the delays are only expected to impact the first phase of the immunization rollout.

“We will make up these doses, and we will be providing the second dose of vaccine to everybody as soon as we possibly can,” Dr. Henry says.

Canada’s supply of the Moderna vaccine is made in Switzerland, which isn’t part of the EU and would not be subject to export controls imposed by European politicians.

But it’s not clear what would happen if Pfizer-BioNTech exports are halted.

Pfizer says it can’t ship doses from its American plant to Canada due to its contract with the U.S. Government.

“It is critical that all governments do not impose export restrictions or other trade barriers that risk creating uncertainty and disrupting supply of vaccine to patients around the world,” Pfizer Canada told CHEK News in an emailed statement.

It’s a sentiment echoed by the World Health Organization.

Canada is still hoping to get six million doses from Pfizer and Moderna by the end of March. 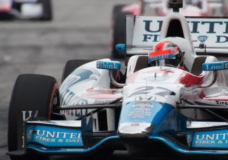 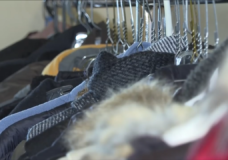