Posted: Aug. 27, 2020 6:14PM
CHEK
WatchSmall businesses on Vancouver Island are desperately trying to hire workers after re-opening from COVID-19, but they say it has never been harder to get people to work.

Katrina Schulz is a listening ear for her clients at Cedar’s VK Salon in Ladysmith, as they share how COVID-19 IS impacting them.  Yet lately she could use a shoulder to lean on herself.

“I’ve been trying to find other stylists and hiring people and putting ads out,” said Schulz, a co-owner of the salon.

She’s had to work long days to keep up with appointments after being unable to hire any new staff. According to Schulz, potential employees are too scared to work as positive cases of COVID-19 rise on the Island and federal aid programs allow many to stay home from work.

“We don’t have people that want to work,” said Schulz.

“There’s businesses that are actually closing because they don’t have the help that they need. To me that’s really sad,” said Schulz.

The labour shortage is having a big impact in Ladysmith, where nearly every restaurant, service and shop is a small business.

“Business is up, so we are definitely feeling the pinch.”

Richmond said 49th Parallel has been running 60-70 employees short at its four Island stores for months now and still has plans to open a new location in Duncan in 2021.

“So of course we’ll be looking for another 60 or 70 people to staff that store,” said Richmond.

“So that could be a challenge in this market.”

According to Drysdale, many businesses are now struggling with less staff and more pressures from COVID-19.

“And I think people have taken a real hard hit. They’re doing OK for now but if things have to shut down again, it’s going to be very, very problematic.”

“There has to be a balance,” said Schulz.

“And there’s no balance right now.”

So Schulz hopes when CERB runs out Sept. 27 and transitions to Employment Insurance that many who were reluctant to seek work earlier may be more motivated than ever. 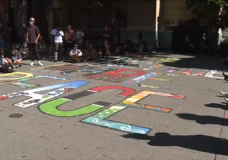 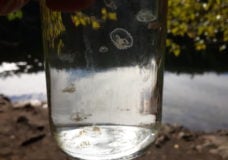 Invasive jellyfish from China discovered in a small Saanich lake