WATCH: Court documents of a bitter custody trial have come to light with some shocking accusations towards the girls’ father who remains in hospital and is the only suspect in the horrific killings in Oak Bay. Luisa Alvarez reports

The search for answers continues in the unthinkable tragedy that took the lives of six-year-old Chloe Berry and her four-year-old sister Aubrey who were found dead on Christmas Day.

Their father Andrew Berry was found with the girls’ bodies in his Oak Bay apartment with self-inflicted wounds. While police are not searching for any other suspects, they say Berry is not in custody and won’t specify if he will face charges.

More court documents are shedding light on Berry?s life and dire financial situation. Berry was facing eviction along with a mountain of credit card debt and unpaid child support.

Now a judgment in the couple?s five-day custody hearing show he also had a history of anger issues toward the girls’ mother and had been the subject of investigations by the Ministry of Children and Family Development (MCFD).

On one occasion before the common law couple separated, Sarah Cotton testified that in September of 2013 Berry threatened to ?blow up the house? Cotton also testified that later that month Berry ?pulled the covers off of her while she was sleeping and pinned her to the bed.?

Berry entered into a peace bond in November of 2013 requiring him to stay away from both the children and their mother. But it was amended allowing Berry to have parenting time.

In 2015, Cotton raised more concerns to the court regarding Berry’s parenting. Court documents state that Berry may have been touching Aubrey inappropriately.

The MCFD investigated and found that Berry acted inappropriately but not with criminal intent. He was ordered to take parenting courses but did not, testifying in court, ? he had a lot going on.?

The court document also reads that at one point in the same year, Berry refused to return the girls to their mother until she agreed that both girls be allowed to stay overnight with him.

Another MCFD investigation was conducted according to the judgment which involved a soft spot found on Aubrey’s head.

In both cases, it was determined that Berry’s visitation with the girls should be supervised. The supervision only lasted for a week or two during the investigations.

In regards to the family’s case, Judge Victoria Grey wrote:

“Berry has displayed poor judgment in dealing with the children. That has included saying negative things to the girls about the mother, [inappropriate] touching which led to the MCFD investigation, and his present arrangement of sometimes sleeping together with one or the other of the girls.”

In the end, Judge Grey outlined a shared parenting schedule despite her concerns about Berry’s past behaviour giving their mother considerably more time with the children, but allowing Berry some weekend days with them and splitting the holidays equally.

Managing Partner at Hart Legal family law Darren Hart says it is difficult to predict the outcome of any case.

?It seems to me there was a lot of thought and consideration that went into this particular case. At the end of the day it ended the way that it ended,? says Hart.

“The father is a loving father who has much to offer his daughters it is in the best interest of the girls to have significant parenting time with the father.”

The investigation into the deaths continues and MCFD has said in a statement they will cooperate fully and determine if an in depth review is appropriate. 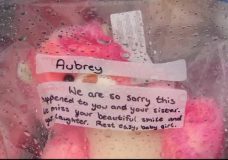 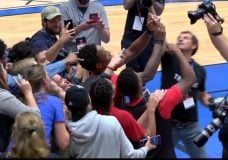