BC conservation group aims to raise $1.7M to buy private island near Parksville

November 10, 2020 updated
Chek
WatchWest Ballenas Island is a deserted 40.5-hectare piece of land three kilometres east of Parksville. The BC Parks Foundation hopes to buy it to save it from possible development in private hands.

Three kilometres off the Parksville shoreline is where you find West Ballenas Island, a 40-hectare piece of rock in the Salish Sea that a B.C. group says is important enough to get into public hands.

“This island is one of the top ten most biodiverse sites in the Gulf Islands,” said Andy Day, BC Parks Foundation CEO.

The island is one of 19 islands in an archipelago of islands and the last one that is privately owned.

It was priced at $2.25 million but the private owner has agreed to sell it for $1.7 million with a deadline of Nov. 17 for the BC Parks Foundation to raise enough money.

“Well we obviously don’t want to see it developed. There’s not a lot of places like this left that have this kind of unique range of endangered species and threatened species,” added Day.

Anonymous donors who have agreed to match funds raised, so the foundation, which is the charitable partner of BC Parks, only has to raise half and is now within $315,000 of its goal.

Helping with the cause are Grade 9 students at Ballenas Secondary School in Parksville.

“Well I thought it was really cool to understand why we need to change it to a public park and not a private one so people can enjoy what’s on the island,” said Jocelyn Ogilvie, one of the students.

The students went on an overnight school trip to a nearby island to learn about the area.

“There were these cool rock formations to see and succulents and overall it was just a really fun and cool experience,” said Isabelle Scott, one of the students.

“It’s kind of nice to know what you’re going to be helping before you actually do it,” said Tysen Jeffs, one of the students.

The students raised $1,600 by chopping, splitting and selling firewood and say more chords are available for sale through the school.

You can make a donation to BC Parks Foundation by clicking here. 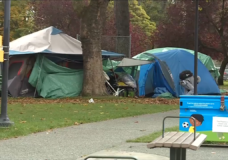 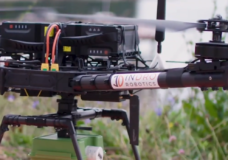