WATCH: Cleanup is underway a day after a large barge fire in Victoria. Sow, some worry about the environmental impact. Isabelle Raghem reports.

It’s a tame scene compared to Friday afternoon, when large flames erupted and dark clouds flew over the Capital region.

Saturday, debris was moved aside to let workers dig deeper into the pile –nearing the bottom, where the fire may have sparked.

Throughout the process, large chunks of metal fall off the side and into the water.

“It’s a concern when you have industry like this where it can combust and it’s not safe,” says Kevin McGeough, “What else is coming out of the cars? It’s through the water ways. I’m not against the industry [but] they should have the regulations.”

“I know citizens are concerned,” says Amanda O’Connor as she watches the cleanup,”but I do wonder if the laws and regulations are where they should be.”

Schnitzer Steel insists they are taking appropriate measures and tells Chek news in a statement:

“We are currently working with the B.C. Ministry of environment and will take necessary steps that are requested. The cause of the fire is still being investigated. ”

This isn’t the first time Schnitzer steel has been required to do a cleanup.

Dozens of scrapped cars fell into the water in August 2015, when a barge tipped to its side.

Back in 2013, a barge coming from Canada to the company’s Tacoma facility tipped; close to 20 vehicles ended up in the water.

The Mayor of nearby Esquimalt and Chair of the Capital Regional District, Barb Desjardins, says while the clean up is a priority keeping the business afloat is also top of mind.

“Our livelihood for the region depends on our harbour, and the working aspect of that harbour is really important. So as much as we worry about these things we have to do all that we can so we continue to do business but in an environmental way.”

According to B.C. regulations, the company is responsible for the cost of the spill clean-up, but how long it will take is unclear. 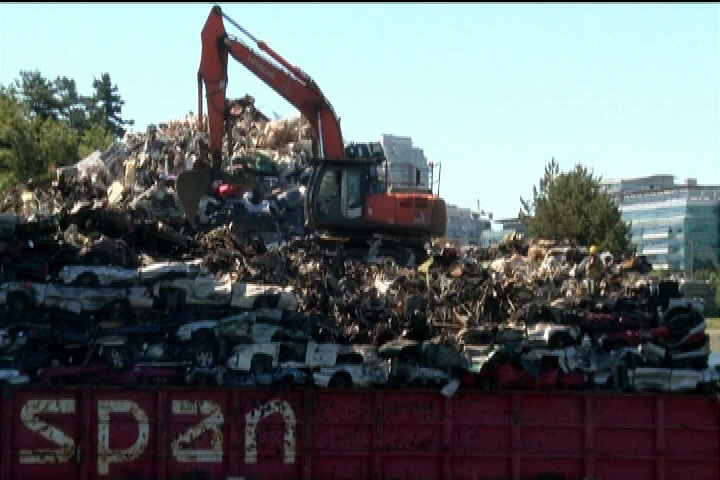 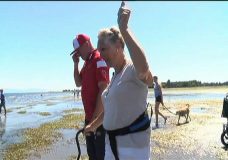 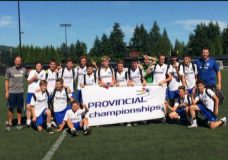