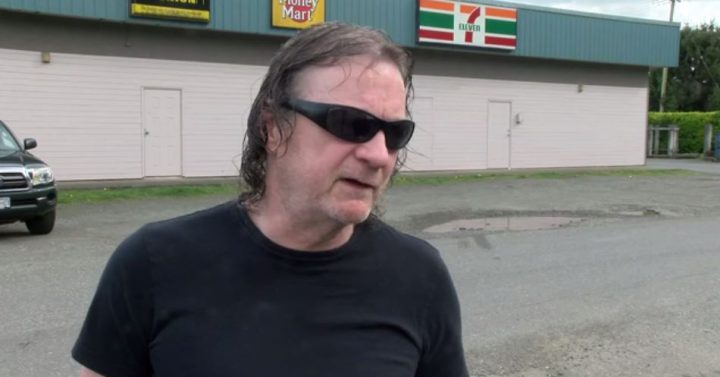 Bruce Morgan said a passenger bit off a portion of his finger last month.

WARNING:  This story contains images and strong language that some readers may find distressing.

A Courtenay taxi driver is recovering following a bizarre and violent confrontation with a passenger.

During an altercation at the end of April, Bruce Morgan had the top portion of his ring finger bitten off. 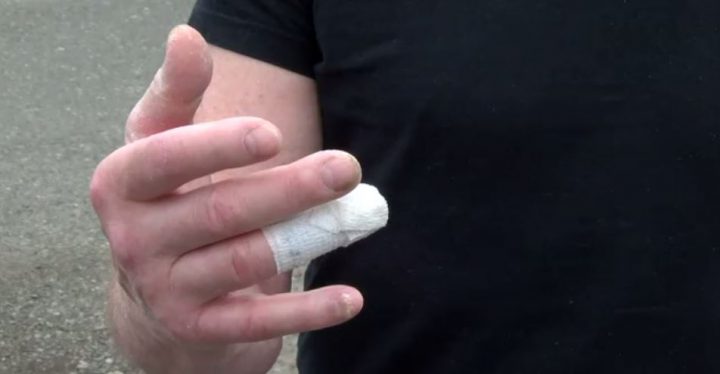 The top part of Bruce Morgan’s finger was bitten off.

Morgan, who has been a professional truck driver for 30 years and has been driving a taxi for the last couple of years, said he picked up a man at Simms Millennium Park on April 28 at around 7 p.m.

“The guy had a friend walk up to the driver’s side and kind of had a smirk on his face, so it looked like there was something up there to begin with,” Morgan said.

“And he said this is your fare and he’s going to Mission Hill.”

Morgan said he tried to talk to the passenger to get him to confirm the exact destination but the passenger wouldn’t talk to him.

Morgan said he pulled in behind a 7-11 and told the passenger he would have to leave the taxi if he wouldn’t tell Morgan where exactly he wanted to go.

“He says ‘well how are you going to get me out?’ I said well I’m not going to get you out. I’ll drive to the police station. We’ll sit out there. I’ll phone the policeman and he’ll come out and get you out. He said ‘well you don’t know who you are f**cking with.’

According to Morgan, he flinched after passenger pretended to throw a punch. Both Morgan and the passenger were in the front of the cab.

“Then he started throwing them for real,” Morgan said.

“I was blocking them, left, right and I got my hand up under his jaw, that’s where I got my fingers close to his mouth and that’s when he decided to start eating.”

Morgan said he felt his finger “pop off” right away.

From the cringe file. I spoke with this Comox Valley cab driver today who had part of a finger bitten off by a passenger. The suspect allegedly became violent and the two struggled in/outside the car until another cabbie came to his assistance. Suspect was arrested. @CHEK_News pic.twitter.com/4bjmML73J2

“I sort of sat back a little bit against the door. He lunged over the console and he tried getting me a headlock,” Morgan said.

Morgan managed to reach the handle of the door and both rolled out of the cab.

Another taxi driver saw the altercation and stopped to help Morgan. The two pinned down the passenger until police arrived and took him into custody.

“I said ‘that son of a b**** bit my finger off and the cop had seen it and he looks down and says ‘alright, you’re getting charged with aggravated assault.'”

Morgan went to a local hospital and then went back to his shift four hours later. He is still missing the tip of his finger and was not able to locate it. 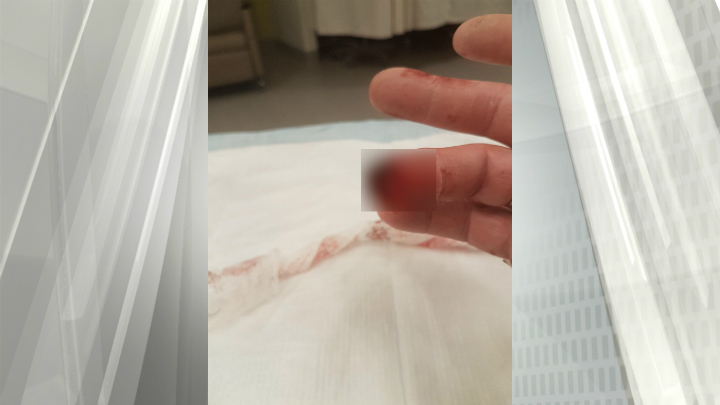 The top part of Bruce Morgan’s finger was bitten off. Submitted.

“It was a busy night and they needed me. I don’t want to let my fellow drivers down,” Morgan said.

The passenger has since been released from custody and has an upcoming court appearance. 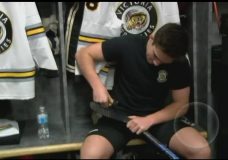 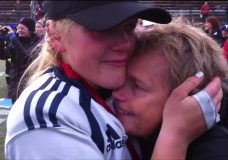