Colwood school has 28 per cent absentee rate weeks after reopening

A school in the Sooke School District has lost nearly one-third of its students, with many of those absences presumably due to illness including COVID-19, a little over a week-and-a-half after schools reopened after the winter break.

Sooke School District confirms that 28 per cent of students, around 150 kids, are off at École John Stubbs Memorial School in Colwood.

The drop in attendance has yet to trigger at-home learning protocols, the district confirmed to CHEK News.

“We are working daily with the Vancouver Island COVID Rapid Response Team, Island Health and the local Medical Health Officer to provide and discuss student absences at each school across the district,” it said in a statement.

The school district said Island Health and the Medical Health Officer will make a determination as to whether or not the school should close.

“So far they have not deemed a closure necessary,” the district said. “Should IH determine that a closure is warranted, the length of the closure will be determined in consultation with the School District.”

If the school does close due to low attendance, students will move to temporary at-home learning, likely for seven days or as determined by Island Health, the district said.

“It’s the highest absence rate we have right now in the district across our schools,” said School District 62 Superintendent Scott Stinson.

Stinson said not all of the absences are a result of illness, which is taken into consideration when the district discusses what measures it should take, if any, with Island Health.

“Is there something going on we need to worry about from a health perspective or are families making decisions around what they believe is in the best interest of their kids to try to keep them safe?” he said.

Days before schools reopened to most students on Jan. 10, Education Minister Jennifer Whiteside said that because of the rapid spread of the Omicron variant, contact tracing is no longer a helpful option in tracking cases and instead, schools will monitor attendance rates and notify the community and health officials if rates dip.

She said it would then trigger a response from public health officials that could include additional measures and could involve a return to at-home learning for some students.

“We have really focused on ensuring we can continue to keep kids connected to in-person learning during this pandemic,” Whiteside said at the time.

Since the new year, there have been no health closures at any schools in Island Health. The Sooke School District says while it’s struggling with staff absences, so far it’s had no functional closures either.

But schools aren’t the only providers operating under the threat of staff illness and potential closure.

Daycare providers have finally received updated guidance on how to handle sickness in their facilities, and one point that stands out is that staff or children exposed to COVID-19, either in the home or elsewhere, can still show up if they’re symptom-free.

“That’s worrisome because are they going to bring COVID into the centre because the family has it, so that’s a really really big concern for people,” said Meagan Brame, the owner and operator of Saxe Point Daycare.

The BCCDC’s new isolation measures are also raising concerns with operators. While unvaccinated adults 18 and older need to isolate for 10 days after testing positive, for unvaccinated kids under 18 it’s only five days as long as fever is gone and symptoms have improved.

“Is improved the runny nose is only running down to their chin? What is improved?” asked Brame.

While a town hall is being held for providers and parents with Provincial Health Officer Dr. Bonnie Henry next week, Brame says it’s likely those in childcare will look at the new guidelines as the bare minimum and will put their own rules into play. 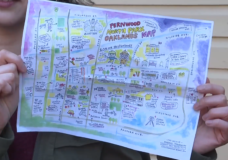 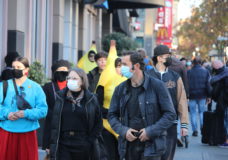 A blend of optimism and caution highlight Canada's COVID-19 forecast