WATCH: Colwood and  Langford cant agree on a fair amount for each city to pay to run West Shore Parks and Recreation, which is a joint ownership between all five municipalities in the West Shore. Luisa Alvarez reports

West Shore Parks and Recreation is jointly owned by all five municipalities in the West Shore, Colwood, Langford, Metchosin, View Royal and Highlands.

And while they’ve all signed a contract more than ten years ago agreeing to each pay a share of the operational costs based on the percentage of the population it hasn’t always been smooth sailing.

Colwood Mayor Carol Hamilton says since 2016, Langford has not approved the funding requests needed to maintain service levels and want their contributions reduced because they have invested elsewhere.

” We don’t see the reasoning that because they have more recreational facilities in Langford that they should pay less for the community and group facility,” said Hamilton.

But Langford Mayor Stew Young disagrees and says Langford has paid more than its fair share in the past especially when building the new Q arena.

” Langford actually put the money up not only for Langford’s share but for the other municipalities that did not participate which then is another cost to Langford,” said Young.

Under the current governance model, everything must have unanimous support. Young says in the past when they wanted to build new infrastructure at Juan de Fuca, the lack of compliance from other municipalities forced them to build their own.

“So we just said hey we are going to build our own facilities in Langford because Juan de Fuca is broken. We couldn’t get support to build new facilities that were required in a timely fashion,” said Young.

Now, Colwood has rejected the proposed 2018 deficit budget for the West Shore Parks and Recreation that would deplete more than $225,000 dollars of the facilities. reserve funds.

It’s a plan Hamilton says is not sustainable.

“It does have tax implications down the road,” said Hamilton.

But, Young says the facility has been running on a much bigger deficit for years.

“We are not talking $200,000, that’s only what she’s brought up. I’ve been bringing it up that in the last five years is a $1.2 million dollar deficit, so it’s been growing every year and Langford pays the majority of that,” said Young.

All municipalities have agreed to a study set to re-evaluate how things are running and look at how to better run them moving forward.

“I’m really hopeful that we can come to a way to agree to move the budget forward as well as undertake what we are doing and work on that plan as well,” said Hamilton.

Those results are expected in the coming months. 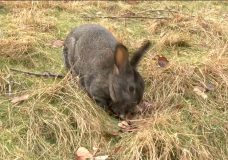 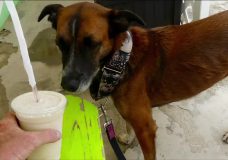