WATCH: Multiple, powerful earthquakes struck late last night about 200 kilometres southwest of Vancouver Island. Some on the north island felt some light shaking – but that was it. No damage, and no tsunami warning sent out. As Kori Sidaway tells us, scientists say these latest quakes cement the need for an early detection tsunami communication system.

“They’re continuing now, including a 5.2 just a few minutes ago,” said seismologist for Natural Resources Canada John Cassidy on Monday.

That’s a big earthquake in its own right, but late Sunday night a 6.8, 6.6, and 6.5 magnitude earthquakes, all hit off-shore.

But other than regular tectonic growth, scientists have to no explanation as to why a cluster of quakes happened.

“We have small earthquakes every single day in that area, but to have three in 45 minutes is unusual,” said Cassidy.

Some on north Vancouver Island reported slight shaking, but no damage.

For experts, it’s a firm reminder that we live in an active earthquake zone.

“Earthquakes start without warning, so it’s important to be prepared before that shaking starts,” said Cassidy.

While the earthquakes didn’t cause a tsunami this time, they have in the past.

The last big tsunami was recorded on Japanese shores in 1700, which scientists see as a result of a “big one” on the Pacific Northwest.

With one “big one” expected each century, scientists say we’re overdue.

Which makes the development of tsunami sensor networks that much more important.

“It’s really the first opportunity for us to have enough sensors to pull the data and in and say how did we do?” said Teron Moore, a business analyst with Ocean Networks Canada who is developing an offshore tsunami sensor network.

Scientists say it went off without a hitch.

“The fact that we were able to pick [the information] up, be able to analyze them really quickly, and send out information on them, is key for us to move forward with earthquake early warning,” said Moore.

A warning was sent as a test to first responders and other companies, giving them what would have been a 42-second warning, if a tsunami was indeed a threat.

But it will be a while before you can get it on your phone.

“On the other side of the equation to receiving the alert, is educating people and companies with what they can do with even a few seconds,” said Moore.

With the last devastating earthquake hitting the island in 1946, experts hope the education and tools will be in place before the inevitable “big one.” 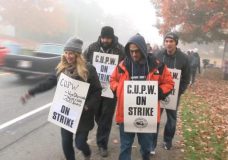 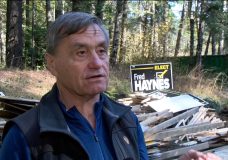 Incoming Saanich council more diverse in gender and age, but not ethnicity