Posted: Sep. 25, 2020 7:03PM
File Photo
A family in the West Shore has been reunited with their dog, Valentina, after she went missing for thirteen days.

Valentina is adapting back to her normal routine of fetch and family time.

Earlier this month, however, the curious canine turned a typical morning walk into every pet owner’s worst nightmare.

The four-year-old golden retriever spotted a deer in the distance in the forest area near the cross-section of Veterans Memorial Pky. and Latoria Rd.  She quickly went after it, took her leash with her, and within seconds, was out of sight.

“So I just started walking in these woods, and I walked straight for fourteen hours,” said Eduardo Polo, Valentina’s owner. “I didn’t want to go back to an empty house with no dog with my kids there, because I know it was going to be sad.”

“I prayed a lot,” said Eduardo.

Days went by with no sign of Valentina. Also, the dense forest area in the West Shore is known for wildlife, including cougars.

After a week of sleepless nights and few leads, the one that kept the Polo family hopeful was the dozens of volunteers, mostly strangers, helping out every day.

“I couldn’t believe, like all these volunteers…..And it was like, it was tough what was happening, but that part was a nice experience,” said Eduardo.

Valentina was discovered by a volunteer near the clubhouse of the Olympic View Golf Course.

“When I saw her, it was just amazing I just wanted to hug her, kiss her and be with her,” said Eduardo.

She had lost ten pounds and suffered a wound to her leg, but within days Valentina was back to her normal self. The Polo family has since invested in a new, more secure leash and a GPS tracker for Valentina’s collar. After a terrifying ordeal, the family is once again complete.

‘The puzzle has been put together and the car has four wheels now and we can drive again,” said Annie. 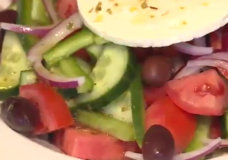