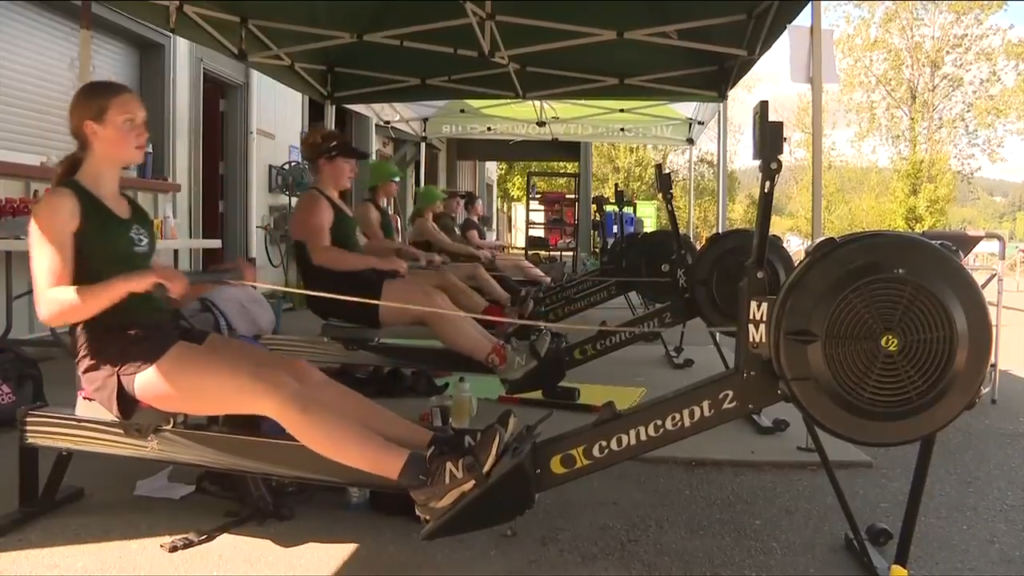 CHEK
WatchFor the past few weeks, six girls from the Victoria City Rowing Club pushed themselves to their physical limits, rowing up to sixteen hours per day for the Row to Tokyo Team Challenge.

It’s a pandemic pastime not meant for the faint of heart.

For the past few weeks, six teenage girls ranging in age from thirteen to seventeen have pushed themselves to their physical limits, rowing up to sixteen hours per day on ergometer rowing machines.

Thirty teams featuring rowers of all ages, male and female, signed up for the Canada-wide competition decided by which team completed the most combined kilometres.

“If we win, that’s bigger than beating people our own age,” added teammate Stella Graham.

With their ergs lined up outside facing Elk Lake, the girls averaged twenty-five kilometres per person, per day — taking breaks only to eat, drink and ice their aching muscles. The girls also used signage to create a ‘crying corner’, just in case an individual needed a moment to herself.

“I’ve actually mainly seen smiles, which is even more incredible,” said a laughing Bahain-Steenman. “I actually haven’t seen one tear.”

“It’s been more fun than it has been tiring, but it’s definitely been a lot of work,” said 15-year-old rower, Eryn Wale.

When the team really needed to dig deep, they focused on a stuffed animal dinosaur conveniently placed directly in front of the rowers.

They chose the dino as their unofficial mascot because the University of Calgary Men’s rowing team — the Dinos — and were neck and neck with the VCRC squad throughout the competition. The girls, however, didn’t back down — even eating a dino mini egg oatmeal for breakfast.

In a time where COVID restrictions have kept the girls in separate boats for over a year and cancelled most of their events, these few weeks of shared suffering have been a source of joy.

“This year’s been a bit different because we haven’t had any regattas and usually that’s the time we bond with our team,” said Wale. “So it’s really been great because I actually didn’t know the younger girls until these past couple weeks so it has been a great opportunity to get to know them.”

“I can’t think of anyone who wouldn’t respect them for what they’re doing right now, it’s really amazing,” added Bahain-Steenman.

In the end, they finished atop the leader board, logging just over two thousand two hundred and fifty kilometres.

The reward for their hard work? A new ergometer rowing machine. 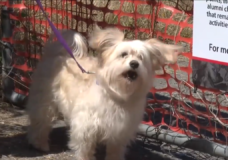 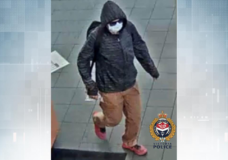