With the cameras rolling and the lights shining bright, Taylor McCarten walked into the opportunity of a lifetime.

“Oh man, I didn’t sleep the night before, I was exhausted and very nervous and sweaty,” said McCarten, an alumnus at St. Michael’s University School in Victoria.

The purpose of the show is for Canadian entrepreneurs to pitch investors, also known as the ‘Dragons,’ with a business proposal to invest in their company.

“At the end of the day, it was always about trying to find a way to use something that’s being needlessly wasted,” said McCarten, who discovered the raw goods needed within his family.

Both his dad and grandfather are carpenters with plenty of wood waste to spare.

“I realized that that wood was perfect for composting,” said McCarten, who is also a recent graduate from the University of Victoria.

So after teaming up with a University of Victoria chemistry professor and developing the right formula, BinBreeze was born. The product is now in several stores all over Canada, but like any new business, funding is crucial.

Thus, during the pandemic, McCarten worked through the application process, eventually landing a pitch at CBC studio in Toronto with the potential future of his business on the line.

“It was a roller coaster for sure,” said McCarten, who operates BinBreeze from his one-bedroom apartment in Victoria. 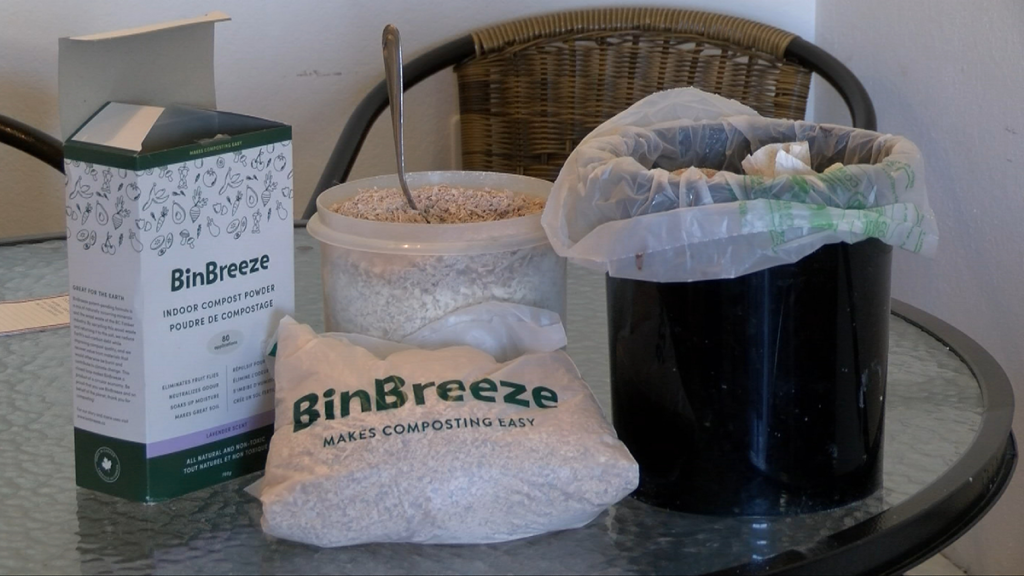 Although the Dragon’s seemed initially impressed with the BinBreeze product, many were turned off when hearing of McCarten’s valuation of his company.

“You suck at sales,” said Vincenzo Guzzo. It wasn’t long before other dragon’s followed suit with the trademark line ‘I’m out.’

It looked like McCarton had left the Den empty-handed, until, a dramatic twist.

“Taylor, come back,” said Dragon Arlene Dickinson, who is the general partner of District Ventures Capital and chief executive officer of Venture Communications.

Although she didn’t accept McCarten’s original proposal, the two made an agreement for a partnership in the company.

“I can only imagine that the environmental impact of the idea will be just magnified so dramatically by Arlene. I certainly couldn’t be happier with any other deal,” said McCarten.

Since the taping two months ago, McCarten has kept hustling and has raised even more in funding.

He says the experience has reinforced a valuable life lesson.

“When someone sees you on the side of the road with your thumb out, they won’t stop to help you. But if they see you pushing your car, they will . . . so you just have to go out there and keep working at it, and good things will happen,” McCarten said. 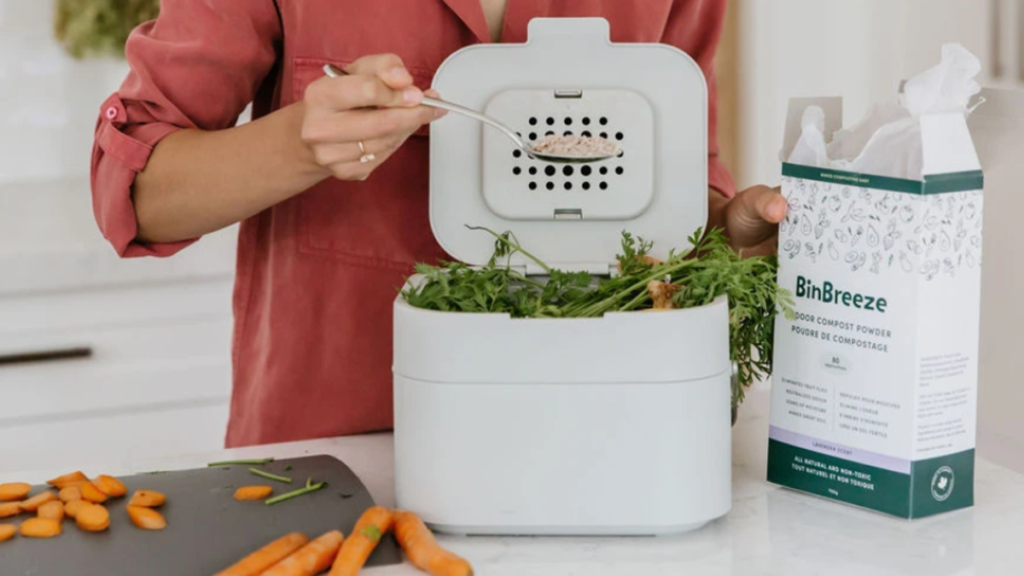 BinBreeze describes itself as an eco-friendly product that will make your kitchen compost smell good. (Photo credit: BinBreeze.ca) 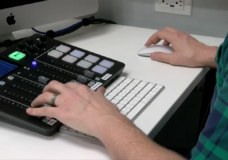