Posted: Jun. 18, 2020 7:23PM
CHEK
WatchThe SKAM Theatre group have come up with a creative way to entertain audiences, while trying to stay safe during the COVID-19 pandemic.

Kendra Bidwell admits getting on stage after all these months off has taken some getting used to.

“It’s a little like ‘oh hi, you’re clapping your hands for me, thank you, I missed you too,” said Bidwell, a graduate of the Canadian School of Performing Arts.

Kendra is part of the small but dedicated team at Victoria’s SKAM theatre company. This week, the 25-year-old company launched its latest, and perhaps boldest venture yet – a pop-up home delivery theatre.

“We’ve written, we’ve created all these pieces and we’re performing them and driving around in a truck all summer,” said Bidwell.

With playhouses on Vancouver Island still closed due to COVID-19 restrictions, the cast and crew knew in order to perform, they’d need to adapt.

“[We took] a lot of precautions in making sure we’re not in each other’s bubbles in trying to space everything out,” said Tony Adams, director and co-creator of the pop-up home delivery theatre shows.

Over the years, SKAM has gained a reputation for its unconventional productions which mostly take place outside or in their small, mobile mini-theatre, which they couldn’t use this year due to physical distancing guidelines. Instead, they’re performing in neighbourhoods on a stage set-up in the back of a pick-up truck. They also blocked and wrote their skits with COVID restrictions in mind.

“Well, we all had a laugh,” said Paula Jardine, the James Bay resident who organized the neighbourhood gathering.

Despite the unusual circumstances, the performers say they were thrilled to get back on stage.

“As a performer, it’s something I’ve been missing a lot. So it’s nice that I get the chance to act and spread joy and happiness to these people who’ve been missing it,” said Bidwell.

“It sounds cliche, but I’m really appreciating the community in Victori.  I was a little bit of a cynic in the beginning but seeing all these people come out is really nice,” said Lynnea Chan, one of four performers in the SKAM production.

The pop-up home delivery theatre runs Wednesday to Sunday and is by donation. Requests for shows can be made at www.skam.ca. 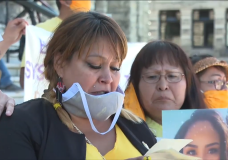 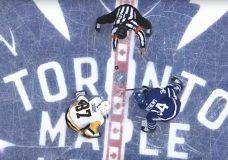