Tucked away in a corner of Axe and Grind, two axe throwers are practicing their craft.

“The whole idea is just to get as consistent as you can and hit that bullseye every time,” says thrower Ray Siochowicz.

Siochowicz first got into axe and knife throwing two years ago and since then has been steadily improving in local league competitions with one goal, to reach the World Axe Throwing Championships.

“This year it’s being held in Fort Worth Texas, it’s so big that it’s actually being held at four different venues around and there’s different divisions and brackets.”

Now Siochowicz will be heading to Fort Worth to realize that dream after landing a spot at this year’s championship, where he’ll compete in four categories.

“Last year was kind of disappointing with the pandemic because it was hard for Canadians to get down there,” says Siochowicz.

“So just the chance we have to go down and represent is huge.”

“I’ve been there so a lot of the jitters is out of the way, that’s a big thing, trying to stay in the proper headspace,” says Olafson.

“The first time was 2019 in Chicago and it was a bit overwhelming, I was still quite new to the sport and there was a lot of really good throwers out there.”

As for their expectations entering the tournament?

“Depends on the division, knife division I think I stand a pretty good chance, I’m pretty well ranked globally on that one,’ says Siochowicz.

“Big Axe I might surprise a few people but then hatchet I’m just going to try and last as long as I can.”

“I hope to place well in the top 20 per cent in knives, hatchet I’m just going to do as well as I can,” says Olafson. 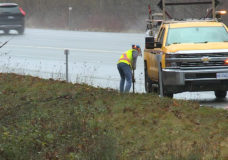 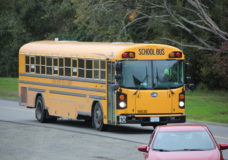