Posted: May 9, 2020 6:24PM
CHEK
WatchAmidst a global pandemic, a group of dedicated Victoria residents have found time to give Government Street a makeover.

Amidst a global pandemic, a group of dedicated Victoria residents have found time to give Government Street a makeover.

Through donations and grants, the Parks and Recreation Foundation of Victoria teamed up with local artist Ian Morris to transform the bare wooden boards along Government Street off Pandora Avenue, into a tribute art project dedicated to front line healthcare workers fighting the COVID-19 Pandemic.

“This site has been a source of frustration for the neighbourhood for a while,” said Willie Gudgeon, a board member with the Parks and Recreation Foundation of Victoria.

Ever since the landmark Hotel Plaza burned down last May, Gudgeon says efforts have been made to liven up the historic neighbourhood.

“The foundation thought it would be nice to try and bring some positivity to the site and the corner,” he said.

Originally, the foundation had planned a larger art project that would have involved multiple artists.

However, COVID-19 social and physical distancing restrictions forced the group to pivot.

The long-time Victoria chalk artist has been unable to perform his craft due to COVID-19 and happily accepted the position to portray some of B.C. and Canada’s most recognizable health care workers.

There was, however, one notable hurdle.

“Because Ian doesn’t have cable or wifi, I would have to bring pictures along with me and say ‘this is what Dr. Henry looks like, here are some photos can you draw her,'” said Charlayne Thornton-Joe, a council liaison with the Parks and Recreation Foundation of Victoria.

“I wanted to make them colourful and eye-popping,” said Morris.

Morris, who is bipolar, says getting back on the street and doing what he loves has had a major impact on his mental health.

“By having something positive to contribute to the society at large; because you often have a hard time finding your place, and having found a place is rewarding beyond my ability to express,” said Morris.

Morris aims to continue his work, turning a once suffering street corner into a beacon of hope.

Donation contributions to the Government Street project, or other similar projects, can be made at www.prfvictoria.ca. 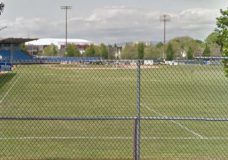 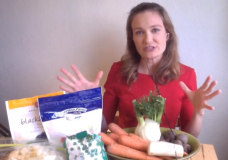 Conversations in a Crisis May 9, 2020 in partnership with Douglas Magazine