July 8, 2021 updated
CHEK
WatchWith a roster spot opening up due to an injury, 29-year-old Celina Toth officially booked her ticket to Tokyo. Kevin Charach has more.

For over a decade, the Olympic flag hanging in Celina Toth’s room has served as much more than just bedroom décor.

“It moves from apartment to apartment with me,” said Toth. “My dad bought it for me and was like ‘this is going to happen.'”

The flag represents an Olympic dream Toth’s been chasing since childhood.

“I’ve been diving since I was twelve,” said the University of Victoria alum.

In 2010, the St. Thomas, Ontario native moved to Vancouver Island to train full-time with Boardworks Victoria head coach Tommy McLeod. Through the years, Toth’s competed in high level events and brought home some hardware, but the Olympic team was always slightly out of reach.

She was cut from tryouts in 2012, and narrowly missed out on 2016 being named an alternate on a team that ended up winning bronze at the Rio games. When the pandemic hit, causing delays and uncertainty with the Olympics, she even considered retirement. But then, that dangling carrot pulled her back in.

“With COVID and being stuck here, we really took that opportunity to focus on the little things that I was just slightly missing, and I’ve never been diving better,” said Toth.

So it all came down to last month’s Canadian trials in Toronto — “probably the most stressful week of my life,” said Toth.

Toth admits it wasn’t her best performance, but with a roster spot opening up due to an injury, the 29-year-old officially booked her ticket to Tokyo.

“I was told that I would be the oldest Canadian diver to make their first games,” said Toth, who admits to having mixed emotions on making the team due to one of her friends and national teammates succumbing to injury.

In what’s been a whirlwind few weeks, Toth returned home to Victoria to pack her bags before being driven to the airport by her dad.

“As she moved farther along, she often wondered if she was ever going to make it,” said Denes Toth, Celina’s dad. “But she kept at it and that was her goal, that was her dream, and it’s finally come to fruition.”

Toth’s parents have played a major role in her journey, even moving to Victoria to help support her dream.

“Her mother and I are very proud of her,” said Denes. “We hope she will fulfil her own destiny and hopefully she’ll do as well as she’d like to.”

Though the path was long and filled with many highs and lows, Celina Toth achieved a lifelong goal and wouldn’t change a thing.

“It may be cliché, but never give up,” said Toth. “I’ve always been the one that’s just under that bubble….But if you want it, just go for it.”

Celina Toth is set to compete in the Women’s 10M event Aug. 4 and 5 in Japan. 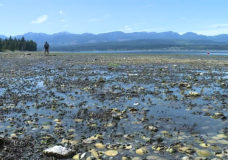 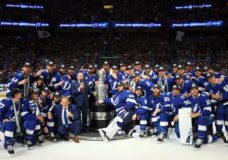