On Christmas Day 2021, the James Webb Space Telescope blasted off on its way to explore the earliest galaxies.

For scientists at the Herzberg Astronomy and Astrophysics Research Centre in Saanich, the launch marked the culmination of years of work on the $10 billion project developed between NASA, the European Space Agency and the Canadian Space Agency.

“The Herzberg Research Centre here in Victoria has been involved since the very early days when NASA asked the Canadian Space Agency to help out by providing a guider system,” says Dr. Chris Willott, one of the scientists involved with the project.

“In the end, Canada provided not just the guider but we also provided one of the four science instruments.”

Willott joined the project back in 2006, with 2022 marking his 16th year working on the telescope.

“It’s been a long road and the launch and the deployment sort of happened in the last two weeks where the massive sun shield has been deployed very successfully and now the mirrors have been deployed,” says Willott.

Now that the James Webb has been launched, it’s a waiting game for the telescope to become operational this summer. Only then can the scientists at Herzberg start to pore over the data.

“The Canadian team’s going to be very hard at work when we get to turn on our instrument in a couple of weeks’ time and then start collecting data from it,” says Willott.

It’s an exciting time for all involved as they await the chance to observe objects in space with greater detail than ever before.

“It’s opening up new discovery space that we haven’t been able to access before with any telescopes,” says Willott.

“There’s going to be a whole range of new and exciting discoveries being made within that first year of science operations.” 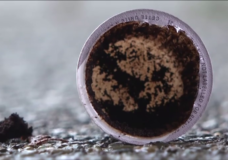 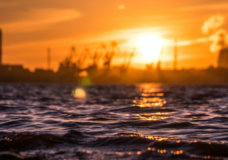