A very special Canadian Tire employee is being recognized for one extraordinary gesture.

That’s why he took notice when four-year-old Quinn Cunning and his mom Karma walked into his store last week.

The two were Black Friday shopping, but instead of Christmas lights, a giant stuffed teddy bear caught Quinn’s attention.

“At the entrance, he saw a giant teddy bear and he, of course, was pretty mesmerized and he expressed his interest in it and I said no cause it’s gigantic and he was pretty sure he had a place for it,” laughs Karma.

All the while Billingham looked on, impressed by the young man’s reaction to his mom saying no.

“He said ‘mummy I understand,’ and for a four-year-old, you would think he was 25 years old the way he reacted,” says Billingham.

Billingham then took it upon himself to make sure the little boy got an early Christmas surprise.

“I found them in the store and I asked the mother if it would be alright if I bought the bear for the little guy and she thought I was nuts but she allowed me to,” smiles Billingham.

“He was just so sincere and so kind and happy to do it, says Karma. “You could tell the man giving it to him was just as happy,” adds Karma.

As the pair left with the bear, Billingham ran to show them a picture of his grandchildren. It was another touching moment in an already amazing morning.

“He’s a grandfather that doesn’t get to see his grandchildren because of COVID and he [Quinn] can’t see his grandparents and I think it was just touching, touching for everyone,” says Karma.

For Dave, giving back is all in a days work and a way to show his appreciation to those who helped him in times of need.

“My life hasn’t always been in the situation it’s in now,” says Billingham. “I’ve had some difficult times and people helped me.” 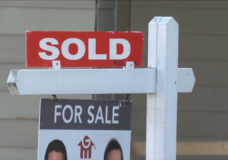 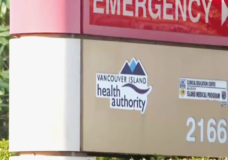