July 22, 2021 updated
CHEK
Watch Sabine Laubental lives with a rare eye disease called Retinitis pigmentosa inversa and was declared legally blind around twenty years ago. But you'll rarely hear Sabine complain or ask for help. In fact, she's made it her personal goal to help others.

“She’s both a great working dog and my companion,” said the 73-year-old.

Laubental lives with a rare eye disease called Retinitis pigmentosa inversa and was declared legally blind around twenty years ago. But you’ll rarely hear Sabine complain or ask for help. In fact, she’s made it her personal goal to help others.

“Our mission is to supplement the meal program at Soweto junior school,” said the retired social worker.

Laubental has launched a fundraiser to support impoverished school students in the Kenyan slum area of Kibera.

“In one square mile there are over a million people living and the average daily income is less than $2 a day,” said Laubental. “So they end up not being able to feed the kids and for many kids, it’s their only meal of the day.”

Sabine says she felt a philanthropic calling during the pandemic, as she had a little extra time to reflect.

“There was a sense of needing to do something outside of myself.”

So on Aug. 8, Sabine and her loyal lab will walk five kilometres along Dallas road, raising funds and awareness for the Soweto school children in need. She’s already inspired complete strangers to join the cause.

“Sabine’s not going hungry, but yet she’s worrying about people going hungry at the other end of the world and I think that’s really special,” said Chadd Cawson, a volunteer who heard about Sabine’s story online.

“We’re hoping to get people all up and down the Island to support us and really be able to make a difference for the kids at the school,” said Laubental.

Aiming to change the lives of children, one step, or paw, at a time.

For more information on the fundraiser and how to donate, click here. 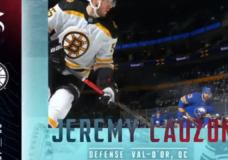