For every Saturday night since early May, the traditional sounds of West Africa have filled the streets of Oak Bay.

“Oh this is like my dream,” said Collen Mccormick, a founding member of Beats of Gratitude.

Mccormick was the first in her Cadboro Bay neighborhood to start jamming on her djembe, a traditional West African drum, to pay tribute to the frontline workers during the 7 p.m. salute.

“All of us were coming out with dishes and I brought my djembe out and started to jam with everybody,” said Mccormick.

She then figured her solo act could use a little back-up.

“So I said you need to actually hear what this is supposed to sound like, so I invited my drum teacher.”

It wasn’t long until Jordan Hanson brought a large instrument called a balafon.

The jam sessions take place on Cadboro Street, running anywhere from thirty minutes to an hour.

Most of the group are part of Hanson’s drumming class, but all skill levels and instruments are encouraged to join.

“It was very organic because on Saturday nights when we’re playing here it’s anybody can come and play. There’s no teaching, we just go from piece to piece so we start out with a song and everybody joins in. It’s almost like a sing-along for percussion,” said Hanson.

And over the weeks, the eye-catching performances have attracted audiences who can’t resist joining in, clapping their hands and stomping their feet.

In the era of social distancing, this group has brought the neighborhood closer together with every beat. Mccormick says during the pandemic performances, she’s become more social with her neighbors than ever before.

“So there’s something special about the world we live in. It can sometimes lead us to get to know each other in a different way so that was really inspiring for me to see community show up in this way and get to play the drums in Oak Bay,” Mccormick said.

The Beats of Gratitude drumming group meets every Saturday on Cadboro St. at approximately 6:30 p.m. 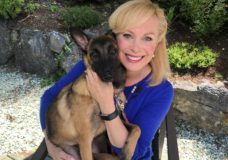 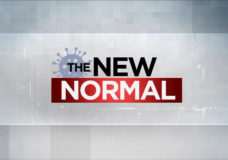 The New Normal: How to tell the difference between allergies and COVID-19