Posted: Jul. 24, 2020 6:09PM
CHEK
WatchA PBY Catalina named "Shady Rose" made what could be one of her final flights Thursday to visit one of her former pilots in Port Alberni.

With a thundering, yet slow, rise into the air above Sidney and North Saanich, a PBY Catalina is certainly a sight to see.

For anyone who lived in the area long enough, it might not be an unfamiliar sight, considering the “Shady Lady” was first posted to the Patricia Bay Air Station, now the Victoria International Airport, during the Second World War in 1944.

“They used to use it mainly for looking for submarines during the war and that’s why it has the observation blisters in the back and it’s a great old airplane that keeps on going,” said Oliver Evans, one of the plane’s pilots and member of the Catalina Preservation Society.

During the war, it operated on land and sea. The Catalina delivered supplies, flew long-range patrols and saved the lives of countless shipwrecked sailors and airmen because it could land on the water, even in rough conditions.

Thousands of the planes flew during the war and many went into service afterwards. The “Shady Lady” did search and rescue, then fought forest fires as a water bomber.

There are only about 40 Catalinas left worldwide, which is why the local Catalina Preservation Society is focused on keeping this flying boat in the air and on the water.

“We spend more time fixing it than flying it. It requires a lot of tender loving care,” said Evans.

It now does a few local airshows every year but they’ve been cancelled this year because of COVID 19.

There was one flight on Thursday. The final stop was in Port Alberni where former pilot and society member Jim Vissers was waiting for what will probably be his final flight.

“Today is pretty special,” Vissers said. “It’s going to be a good run so I’m looking forward to it.”

He was recently diagnosed with terminal brain cancer.

“It’s pretty special. To be able to take a flight with dad is something I’ll cherish forever,” said Mike Vissers, Jim’s son.

He last flew the “Shady Lady” in February before his diagnosis.

Those behind her preservation say they hope the “Shady Lady” has many more years of flying before ending up in a museum.

For more information and to donate you can visit the Society’s Facebook page here. 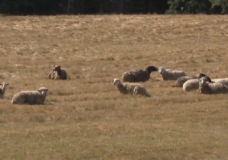 Your Money for July 24