WATCH: Cat over population is still a growing problem. A report by the Canadian Federation of humane societies estimates there are over 9 million cats in the country, far more than there are homes for them and its a problem that sees no end unless spay and neuter numbers improve. Luisa Alvarez reports.

Every year shelters across the country and around Vancouver Island are overflowing with cats.

“Cats become expendable which is really, really sad sometimes people just can’t care for them so they simply dump them and think that cats can fend for themselves,” said capital regional district bylaw officer Don Brown.

Many of them left out on the streets unfixed.

?Every female kitten that?s outside is going to start breeding maybe by the age of 6-8 months they can get pregnant and the population can grow exponentially,?  said GVAC President Sharene Foord.

A new report by the Canadian Federation of humane societies estimates there are about 9.3 million cats in Canada and it is estimated that less than half of cats admitted to shelters are adopted.

Even sadder,  Many never even make it to a shelter and die painful deaths outside.

?Life is pretty tough for a cat living outside and we can stop this by spaying or neutering, ? said Foord.

While no animal shelters on Vancouver Island or anywhere in Canada will adopt out cats that haven’t been fixed. The problem of cat overpopulation continues to grow.

The homeless cat crisis affecting nearly every community in Canada, urban and rural, But its a problem that can only be solved through education and advocating for everyone to spay and neuter their cats.

? It will go a long way to solving an overpopulation problem everywhere we don?t like to see kittens born outside to semi-feral moms who have been dumped and left and abandoned it’s not fair to them they don?t survive,” said Foord.

While the procedures can cost pet owners several hundred dollars, advocates say money should never be an excuse.

? Some vets even offer discounts at certain times of the year and people of low income can hook into programs to get an inexpensive spay and neuter and even free in some cases for their cat,? said Brown.

As they continue to stress the importance of a procedure that in future could ensure shelter cages stay empty. 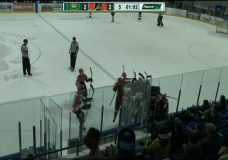 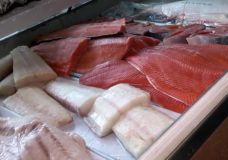