Cases of COVID-19 variants on the rise in Canada, fuelling concerns over third wave 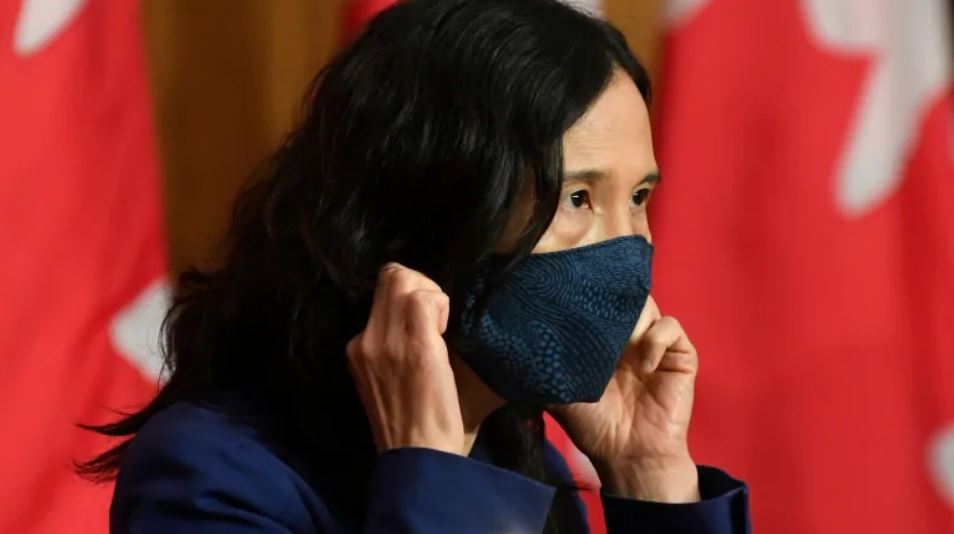 The number of cases of variants of concern in the country is rising, Canada’s chief public health officer said Monday as provinces ramped up their vaccination programs in the hopes of heading off a possible third wave of COVID-19.

The majority of those cases involve the B.1.1.7 variant first identified in the United Kingdom, which Tam says is responsible for 638 of the 655 cases of variants confirmed since March 18.

“With the continued increase of variants of concern, maintaining public health measures and individual precautions is crucial to reducing infection rates and avoiding a rapid re-acceleration of the epidemic and its severe outcomes, including hospitalization and deaths,” Tam said in a statement.

In addition to conventional testing, she said the Public Health Agency of Canada was developing more tools to study and detect the variants, including an advanced form of genetic sequencing to detect the virus in wastewater.

Tam said the number of COVID-19 cases across the country has been rising, after a decline earlier this year. The bright spot, she said, is vaccination, which gives “cause for optimism (that) widespread and lasting immunity can be achieved.”

Speaking in Trois-Rivieres, Que., Prime Minister Justin Trudeau praised the vaccination effort, which he said has delivered more than 4.7 million doses to the provinces thus far.

“This is the way we all wanted to start the spring, with families from coast to coast to coast breathing a sigh of relief,” he said at an event alongside Quebec Premier Francois Legault.

However, in an acknowledgment that the pandemic is not over, Trudeau extended the deadline for new applications under the Canada Emergency Business Account, which provides interest-free loans to small businesses.

He said the deadline had been moved from the end of March to the end of June, promising to do “whatever it takes for as long as it takes” to help Canadians through the pandemic.

Even as vaccination programs ramp up, the growing number of variant cases is sparking fears of a third wave in some parts of the country. Ontario’s chief medical officer of health announced last week that the province was already in a third wave, and on Monday health officials in Quebec expressed concern that the province would soon follow suit.

Health Minister Christian Dube said all the province’s negative indicators are rising, and he urged people to respect health measures to prevent a variant-fuelled COVID-19 surge.

Legault, meanwhile, said the province’s case numbers and hospitalizations were no longer decreasing, and he expressed the desire to avoid steep increases seen in other jurisdictions. “We look at what’s happening in Ontario, in New York, in New Jersey and France and we have to worry,” he said. “We have to be careful.”

Health officials said that as of Sunday, 141 of the 156 confirmed cases of a variant of concern were in the capital city.

Ford said the expansion would initially target the Toronto, Peel and York regions, but would expand further as soon as more vaccine becomes available.

“Yes, we have bush fires happening all around the province, and yes, we need to address those, but we have an inferno happening in other regions, being Toronto, Peel and York to a certain degree, and we’re going to make sure we focus on those regions,” he said.

Several provinces were also expanding their vaccine eligibility on Monday in anticipation of larger shipments in the coming days.

Ontario and Manitoba lowered the age of eligibility for the general public to register for shots to 75 and 65, respectively. In Manitoba, Indigenous people 45 and up can also get vaccinated.

Quebec dropped the minimum age for shots to 60 for those in the Montreal area, as some 350 pharmacies in the hard-hit metropolis began offering vaccines. The age of eligibility in the rest of the province remained 65 as of Monday afternoon.

This report by The Canadian Press was first published March 22, 2021. 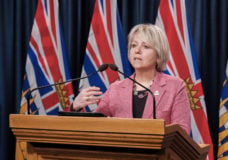