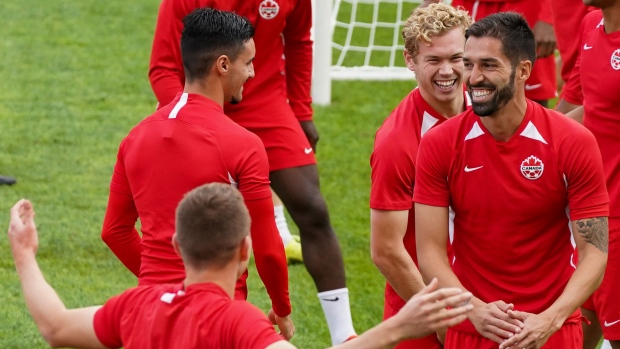 CHEK
Members of the Canada men's national soccer team share a laugh during a training session in Toronto on Tuesday, October 12, 2021. THE CANADIAN PRESS/Evan Buhler

Canada’s bid to seal World Cup qualification was put on hold Thursday after a 1-0 loss to Costa Rica that saw the Canadians play a man down for almost two-thirds of the match.

It was the Canadian men’s first defeat in 18 qualifying matches (13-1-4), snapping a six-game win streak.

There was plenty of drama through the evening, with 10-man Canada charging hard in the second half, the Costa Ricans hanging on and other results coming into play.

Honduras drew 1-1 at Panama, meaning a Canadian tie would still have earned qualification. And the Canadians could have booked their ticket to Qatar 2022 had Mexico beaten the U.S. but it ended up a 0-0 draw in Mexico City.

Now the focus turns to Toronto’s BMO Field on Sunday when Canada hosts Jamaica in its penultimate qualifier. Then it’s off to Panama for the finale next Wednesday.

But the outlook is bright. Even if Canada loses its two remaining games and Costa Rica wins their last two, the Canadians would finish third — and qualify — unless the Costa Ricans make up an 11-goal deficit.

Veteran midfielder Celso Borges put Costa Rica ahead in first-half stoppage time after Canada, which had had trouble defending set-pieces, was unable to clear a free-kick. Goalkeeper Milan Borjan punched the ball away but it went to Costa Rica’s Gerson Torres and three passes later it was in the net as Borges rose above Stephen Eustaquio to head home a Torres cross.

The 33rd-ranked Canadians were reduced to 10 men when midfielder Mark-Anthony Kaye was sent off in the 34th minute for a second yellow card.

Kaye was cautioned in the 15th minute for a challenge on Ronald Matarrita, catching the FC Cincinnati star on the lower shin. Honduran referee Said Martinez went to the pitchside monitor to review the play but elected to stick with the yellow card.

But the Colorado Rapids midfielder was off 19 minutes later after a confrontation with Johan Venegas, who had taken him down seconds earlier without sanction. Kaye, upset by the earlier challenge, caught Venegas with his shoulder as the two crossed paths with the Costa Rican tumbling theatrically to the ground. That earned the second yellow.

Despite trailing and down a man, the Canadians came out with great purpose to start the second half and came close several times.

In the 73rd minute, Tajon Buchanan’s header hit the Costa Rican crossbar after goalkeeper Keylor Navas stopped a low Richie Laryea shot. And Laryea’s powerful long-distance shot in the 83rd minute forced another save from Navas.

Jonathan David hit the goalpost in the 88th minute with a ball that came off his body. A Eustaquio stoppage-time free-kick hit the wall.

The Canadians outshot Costa Rica 18-11, although the home side had a 4-3 edge in shots on target. Canada had 67.9 per cent of possession despite being down a man.

Canada has been the surprise package in qualifying, rising up the FIFA rankings. And with players like captain Atiba Hutchinson, Alphonso Davies (currently recovering from illness), Cyle Larin, David, Eustaquio and Borjan, they have done it in style.

Canada had outscored its opposition 50-6 while posting 11 clean sheets in qualifying play prior to Thursday.

In Thursday’s other game, El Salvador drew 1-1 at Jamaica.

Thursday marked the four-year anniversary of Herdman’s first game in charge of the men, a 1-0 win over New Zealand in Murcia, Spain, before just 75 people. His record at the men’s helm prior to Thursday was 28-6-4 with the only losses to the U.S. (twice), Mexico (twice), Haiti and Iceland.

The Canadian men came into play Thursday atop the eight-team final round robin, four points ahead of No. 12 Mexico and the 13th-ranked U.S.

The top three teams qualify for Qatar while the fourth-place finisher takes on an Oceania side in an intercontinental playoff to see who joins them.

With defenders Doneil Henry and Sam Adekugbe suspended and Steven Vitoria dealing with an injury, Herdman started the 39-year-old Hutchinson at centre back. His starting 11 came into the game with a combined cap count of 414, with Hutchinson extending his Canadian men’s record total to 93.

The players belted out “O Canada” with fireworks exploding above the 35,000-capacity Estadio Nacional and drowning out half the anthem.

The physical Canadians gave up a string of free kicks in the early going with Costa Rica getting several free headers that went off–target.

The Canadians were not as fluid in the first half as in previous games but began to find some rhythm as the half wore on with Laryea finding room down the left flank. Herdman switched to a 3-5-2 formation and then had to rejig again when Kaye exited.

Larin came close in the 37th when a Eustaquio corner dropped at his feet in front of the goal but Calvo did enough to prevent him getting a shot off. At the other end, Borjan played with fire when his attempted clearance deflected off Anthony Contreras back towards goal. Fortunately for Canada, it went wide.

Navas, who plays his club football for Paris Saint-Germain, had to be sharp in the 29th minute, getting a leg to a Buchanan shot from close-range.

Borjan stopped Joel Campbell in the 53rd after the Costa Rican attacker was put in alone with Hutchinson trying to chase him down. Two minutes later, David’s dangerous-looking shot was blocked by a defender.

Eustaquio’s angled shot was just wide in the 64th minute.

CF Montreal midfielder Ismael Kone, 19, made his Canadian debut off the bench in the 79th minute.

Davies took to Twitter to voice his support before the game.

“Good luck to my teammates tonight. Let’s take care of business this week and make history. Wish I could be there with you guys. LETS GO!!” said the Bayern Munich speedster, who is working his way back from myocarditis after a bout of COVID-19.

Canada has been to seven of eight women’s World Cups, missing out only on the inaugural event in 1991. The women finished fourth at the 2003 tournament in the U.S.

The Canadian men downed Costa Rica 1-0 when the teams met in a November qualifier in Edmonton and 2-0 when they met last July in the Gold Cup quarterfinal in Arlington, Texas.

The Canadians were 7-7-9 all-time against Costa Rica prior to Thursday’s matchup, including 2-2-2 in games on Costa Rican soil. 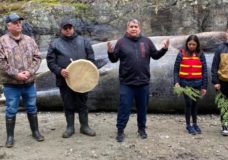 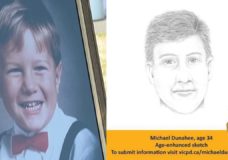