Canadian Forces Snowbird jet crashes in Kamloops, killing one member and injuring another

May 18, 2020 updated
CF Snowbirds/Twitter
WatchA Canadian Forces member is dead and another injured after Snowbird Jet crashes in Kamloops less than a minute after takeoff.

One member of the Canadian Forces Snowbirds team is dead and another in serious condition after a jet crashed in Kamloops.

The Snowbirds were on their way to Comox as part of Operation Inspiration, a tour across the nation to salute frontline workers battling COVID-19.

At approximately 11:50 a.m., two Snowbirds took off the Kamloops Airport runway, but less than a minute later, one of the jets veered up to the left, spiralled out of control and crashed out of sight behind the tree line.

The Royal Canadian Air Force confirmed this evening that Capt. Jenn Casey, a public affairs officer with the Canadian Forces, died in the crash.

The Canadian Forces Snowbirds said that another member, Capt. Richard MacDougall, the pilot of the aircraft, was injured but that the injuries are not considered life-threatening.

Casey is a graduate of Royal Roads University according to the air force’s website.

Prime Minister Justin Trudeau issued a statement on the fatal Canadian Armed Forces aircraft crash, saying he was “deeply saddened” by the events in Kamloops.

“Our thoughts are with the families of Captain Casey and Captain MacDougall, as well as the entire Canadian Forces Snowbirds team, as they grieve this terrible loss. I would also like to thank the emergency personnel in Kamloops who responded so quickly to this tragic incident,” Trudeau said. “For the past two weeks, the Snowbirds have been flying across the country to lift up Canadians during these difficult times. Every day, they represent the very best of Canada and demonstrate excellence through incredible skill and dedication. Their flyovers across the country put a smile on the faces of Canadians everywhere and make us proud.”

Ian Shaw-Maclaren was at the airport to take photos of the takeoff when the jet went down.

“I don’t think its something you ever want to see,” said Shaw-Maclaren. “I was hoping to get a good shot of them taking off today, but the ones I got weren’t the ones I wanted.”

He said he was shaken after the event, watching in disbelief.

“I sort of just set my camera down, looked at the guy beside me and asked him ‘did that really just happen?’ We just kind of stood there, like more numb than anything,” the witness said.

The jet crashed into a home on Tranquille Road, less than one kilometre from the airport.

The video shows at least one person ejecting from the plane before it crashed. One of the pilots landed on the roof of a house

“[The plane] was on another house, one pilot landed, and the other in the back yard of another,” said Jamie Rye, a Kamloops resident who watched the recovery efforts in the neighbourhood.

Perhaps miraculously, witnesses say the residents of the home the plane crashed into, walked out after the incident safe and unscathed.

There is no information yet on the cause of the crash.

“The other jet that took off just kept circling around and around it at a high altitude. I assume he was just watching what was going on on the ground,” said Shaw-Maclaren.

The jet was a part of the Canadian Air Force’s Snowbirds aerobatics team on their way to Comox today as part of Operation Inspiration, a cross-country fly-over to raise our spirits in this pandemic.

Now, in a time where they were here for us, it’s time for us to be there for them.

The RCAF has suffered another tragic loss of a dedicated member of the RCAF team. We are deeply saddened and grieve alongside Jenn’s family and friends. Our thoughts are also with the loved ones of Captain MacDougall. We hope for a swift recovery from his injuries. – Comd RCAF pic.twitter.com/8U41bdVqcU

The RCAF has suffered another tragic loss of a dedicated member of the RCAF team. We are deeply saddened and grieve alongside Jenn’s family and friends. Our thoughts are also with the loved ones of Captain MacDougall. We hope for a swift recovery from his injuries. – Comd RCAF pic.twitter.com/UZKJa6OT3S 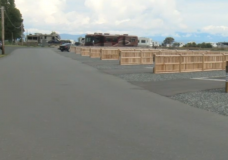 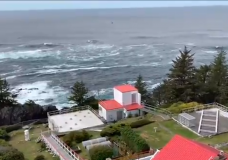