WATCH: Conservationists are asking the provincial government to protect what they are calling Canada’s “most magnificent” old-growth forest near Port Renfrew. Ceilidh Millar reports.

It may remind some of a prehistoric-creature, but even Hollywood would be hard-pressed to re-create a sight as spectacular as “Mossome Grove.”

“It’s the most magnificent and beautiful forest in the country,” said Ken Wu with the Endangered Ecosystems Alliance.

Short for “mossy and awesome” Mossome Grove is a 13-hectare old-growth grove located along the San Juan River near Port Renfrew.

The conservation group recently identified the area, and say it is home to some of the top ten widest trees in the province including a Sitka spruce with a diameter of 3.1 metres.

There is also a giant Bigleaf maple, nicknamed the “Woolly Giant,” which has produced a branch measuring 76-feet in length.

Wu says it could the longest horizontal branch on any tree in B.C.

They aren’t revealing its exact location, for fear it will be logged as the grove is on mostly unprotected land.

The grove is situated on Crown land in the unceded territory of the Pacheedaht First Nation band.

“It’s a mishmash of different jurisdictions but most of it could be logged,” Wu said.

“They are logging about 10,000 hectares which is over 10,000 football fields of old-growth every year on Vancouver Island alone,” explained Wu.

The B.C. Ministry of Forests said in a statement that the grove is contained in a woodlot operated by Pacheedaht Forestry Ltd., and there is no imminent logging planned.

“The Ancient Forest Alliance supplied the ministry with an updated map of the grove area yesterday, so ministry staff are currently reviewing the map to determine what protections exist in the area,” it said.

However, a proper protection policy can’t come soon enough for those fighting to save our forests.

“Let’s leave these ancient trees,” explained Wu. “Especially these magnificent valley bottom giants like this for future generations of all creatures.” 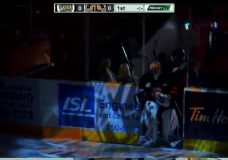 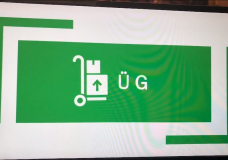