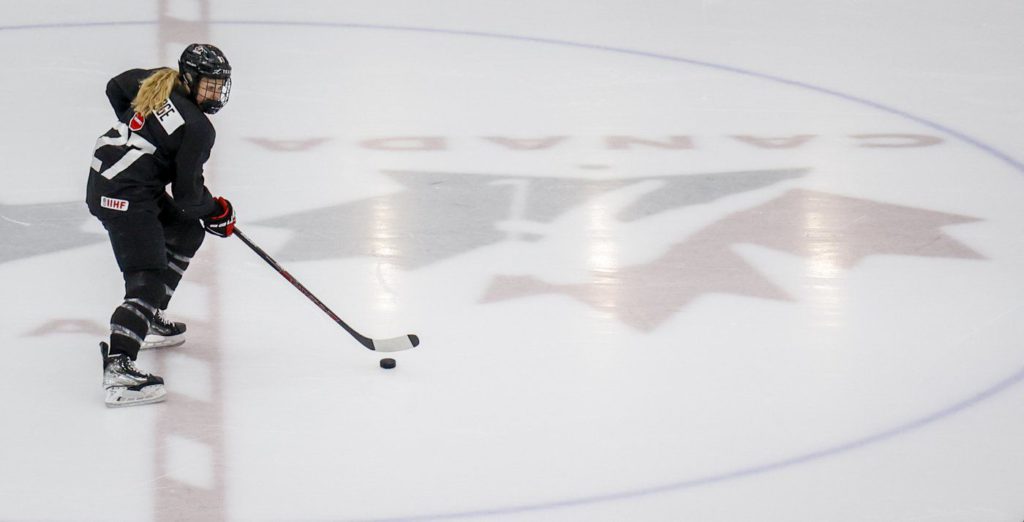 The detours the COVID-19 pandemic imposed on her sport made the walls of that maze feel even higher at times, but Eldridge says she felt part of Canada’s team even when she wasn’t.

“I think everyone in our room has their own unique journey of getting here,” Eldridge said. “I don’t mind my taking a little bit longer in that sense, but I’m just really happy to be here now and be a part of this.”

Defending champion Canada and the United States, tied atop Pool A with three wins apiece, meet Tuesday to cap the preliminary round and determine the pool winner.

“I think it’s going to be our biggest test yet, but I think we’re up for it and ready to go,” Eldridge said.

The top four teams in each pool of five advance to Thursday’s quarterfinals.

The semifinals are Saturday followed by Sunday’s medal games in Herning.

When Eldridge capped her college career at Colgate in 2019 as its all-time leading scorer with 74 goals and 89 assists in 163 games, she was invited to a national-team conditioning camp that spring.

The pandemic shut down women’s hockey games domestically and internationally for months in 2020 and into 2021, which limited her chances to prove herself to Hockey Canada.

Her inclusion in three national-team camps in early 2021 indicated Eldridge was in the mix for selection.

But when the 24-year-old forward from Barrie, Ont., wasn’t included among the 28 invited in May to try out for the 2022 Olympic team, Eldridge went home to contemplate her future.

She was informed via a surprise Zoom call in July with Canadian captain Marie-Philip Poulin and other team veterans that she was a late add-on to the centralized roster and to start packing her bags.

“Definitely a roller-coaster of emotions. Kind of that being a goal to be centralized and when that doesn’t happen, in the current state of our game, trying to figure out Plan B,” Eldridge recalled.

“There was a period of that and then it was an unexpected phone call one day saying they were going to bring me back. The other side of the roller-coaster was a really big high and figuring how to move to Calgary in a short amount of time.”

The rescheduling and relocation of the 2021 world championship from April in Nova Scotia to August in Calgary because of the pandemic meant Canada’s 25-player world championship roster would also be selected from the centralized Olympic group.

Eldridge wasn’t chosen for the world championships. She watched from the stands as Canada edged the U.S. 3-2 in overtime for the gold medal.

She continued to skate and train with the group until she was released in December from the Olympic side that went onto win gold in Beijing in February.

Eldridge still felt part of Canada’s success because her teammates kept telling her she was.

“I wasn’t in China, but you wanted that team to be successful no matter what,” she said. “I think that’s pretty special when you have someone who ultimately wasn’t chosen to wear the Maple Leaf on the gold-medal day, but still wants the team to win as much as the girls that are there.

“When you get a group of people who are just genuinely good people and care for one another, you’ve seen in the last year how that translates onto the ice.”

A byproduct of the pandemic, when the women couldn’t get together for camps or tournaments, was veteran players leading Zoom calls and casting a wide net into the national-team pool to include those who had yet to play for Canada.

That inclusion, even for non-hockey activities like a baking challenge, fostered deeper relationships and a sense of belonging among women who were ultimately trying to beat each other out for a spot on the team.

That carried over into the Olympic selection process during which they considered themselves a “team of 50” encompassing all players and staff.

“Genuinely, we wanted to build really strong relationships,” Canadian assistant captain Brianne Jenner said. “But I think a part of it was a calculated effort to make sure we had those touch points, had that communication, got to know everybody.

“We knew going into last year, and we feel the same way this year, if we want to be successful, we needed those young players to feel like they could lead and make an impact right away. A lot of that works happens off the ice for it to translate to on-ice performance.

“We established a culture that we’re really proud of within our team, but it’s a living thing, it’s an ongoing thing, so we have to make sure we’re continuing to check in with each other and pull each other up when someone’s going through something, look out for other each other and just continue to have relationships as the foundation of our team.”

Forwards Victoria Bach and Kristin O’Neill also joined Eldridge on the world championship roster in Denmark after their release from the Olympic team.

“Probably every single player reached out to them, touched base with them and let them know how important they were to us, how much we cared about them and how special they were as hockey players,” Jenner said.

“It’s a tough day for everyone and we wanted them to know that they were going to be a huge part of our journey to the Olympics and they were an enormous part of that.”

Eldridge earned her first world championship point in Denmark with an assist in Canada’s opening 4-1 win over Finland.

“From my time with the women’s national team, we always liked what she brings,” Canadian head coach Troy Ryan said. “She’s a big, strong body with an offensive flair.

“She had a great centralization. We had to make some tough decisions heading into the Olympics. This worlds was just a good opportunity to get her into the mix and get her with good line and see if she can produce and she’s done a good job so far.”

Canada had game-free Monday when the U.S. beat Switzerland 9-0 and Finland defeated Japan 9-3 in Pool A games.

The Swiss and Finns, with one win apiece, meet Tuesday to determine third and fourth in that pool.

Czechia blanked Germany 6-0 to rank first in Pool B and two points ahead of the Swedes, who edged Hungary 3-2 in a shootout that went eight rounds.

The Czechs and Swedes square off Tuesday. The Hungarians, who earned a point in the shootout loss to rank third, await the result of the Tuesday’s Germany-Denmark game to know their playoff fate. 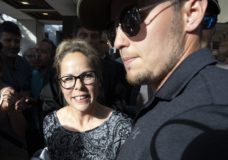 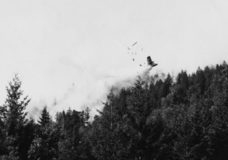