WATCH: After a tough loss to the U.S. in the cup quarterfinal, the Canadian women’s rugby sevens squad rallied for two straight wins over England and Ireland to finish in 5th place at the HSBC Canada Sevens at Westhills Stadium.

In the first game of day two for Canada, the home team was down late, looking for a last minute try to take the lead.

Canadian player Bianca Farella would find a seam in the American defence to give Canada the lead with just over a minute remaining in the game.

However, with no time left on the clock, the Americans worked the ball over to Naya Tapper, she would beat the Canadian defence to the outside for the game-tying try, with a chance to win on the convert kick.

American Alev Kelter would convert on the kick, sending the Canadian squad to the 5th place bracket.

Canada would defeat England (35-10) and Ireland (29-12) to finish in fifth place, thanks to a great effort from the likes of Charity Williams and Farella.

New Zealand wound up winning the tournament, with Australia settling for silver and the USA claiming bronze. 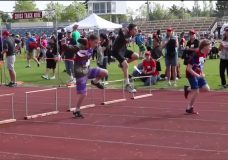 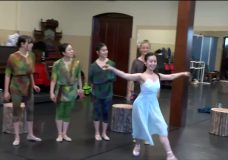