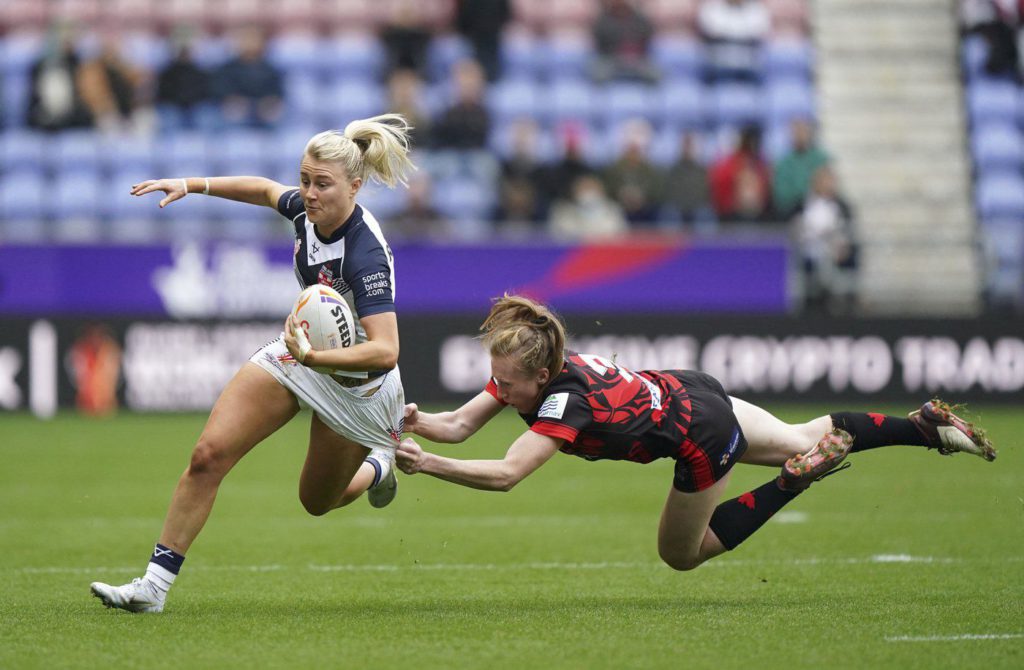 CHEK
England's Tara-Jane Stanley, left, is tackled by Canada's Petra Woods, during the Women's Rugby League World Cup Group A match between England and Canada at the DW Stadium, in Wigan, England, Saturday, Nov. 5, 2022. The Canada Ravens look to finish their Rugby League World Cup campaign with a win against tournament debutant Brazil. THE CANADIAN PRESS/AP-Tim Goode/PA via AP

The Canadian women leave the eight-team competition on a high note after opening losses to Papua New Guinea and England.

The game was knotted at 16-16 when veteran standoff Laura Mariu, from a Canadian scrum, kicked deep into the Brazil end with time running out. Dani Franada beat three Brazilians to the ball at the 20-metre line, booting it into the in-goal area where Fittes managed to touch down the bobbling ball just before it rolled out.

Franada’s conversion just seconds before the final hooter made it 22-16 Canada.

“I’d say that was one of the most stressful rugby league games I’ve every experienced,” said a smiling Canada coach Mike Castle, an Australian who commutes to Canada to coach the team on a voluntary basis.

“To come away at the end with the win was remarkable. That last play there from Laura and Dani and Alanna, we desperately needed that. But Brazil were incredible. They made us work. They should be congratulated for their effort.”

The 41-year-old Mariu is the only woman to have taken part in all six World Cups. She played the first five for her native New Zealand, captaining the Kiwi Ferns when they beat Canada 50-4 five years ago.

Mariu is eligible to play for the Ravens via her Toronto-born mother.

Canada also recorded a win in its first visit to the tournament in 2017 when it downed Papua New Guinea 22-8 for its first-ever international victory. That helped the Ravens reach the semifinal of the six-team tournament where it lost 58-6 to eventual champion Australia.

Both sides shot themselves in the foot with early errors Wednesday but went on to show moments of flair in a back-and-forth contest. The Brazilians showed themselves willing to run with the ball, helping make for an entertaining contest.

Trailing 16-10, Brazil tied it up with a converted try in the 73rd minute.

A Canadian handling error on a Brazil kick was followed by a Canada penalty for stripping the ball in the tackle near its own try-line, with the Ravens challenging the call. The Canadian challenge was unsuccessful on video review.

Brazil took advantage, with Patricia Bodeman spinning her way out of dummy half and managing to put the ball down despite two Canadian defenders draper over her. Captain Maria Graf’s conversion levelled the score at 16-16.

The Canadians lost 34-12 to Papua New Guinea and 54-4 to England in earlier play. Brazil was beaten 72-4 by England and 70-0 by Papua New Guinea, with fullback Natalia Momberg scoring Brazil’s first-ever try in an international tournament.

Both teams were already out of knockout round contention with England and Papua New Guinea meeting in the second half of the doubleheader at Headingley Stadium to decide supremacy in Group A. Australia and New Zealand face off Thursday to decide Group B.

All four teams will advance to the semifinals.

Canada finished third in Group A.

Castle made five changes to his starting 13, slotting in Sandboe, Franada, Fittes, Nina Bui and Liz Steele. He also shuffled his interchange bench.

The Canadians had an early chance when Momberg fumbled a catch of a Canada kick into the Brazilian end. But the Canadian attack ended prematurely in a handling error.

Canada’s Sandboe then fumbled a Brazil kick, setting the stage for a Brazilian attack that culminated in the seventh minute with Amaral bulling her way from dummy half for the South Americans’ second try of the tournament and a 6-0 lead with the conversion.

After a Kristy Sargent knock-on near the Canadian try-line, Canada staved off the Brazilians, with the attack stalling due to a handling error. Brazil then held off Canada at the other end.

The Ravens responded with tries from Sandboe and Maguire in the 25th and 29th minute, respectively, with a Franada conversion leaving Canada ahead 10-6 at the break. A Mariu pass put Sandboe in the clear with a Brazilian defender losing her footing on the play.

Maguire crashed over after Canada benefited from Brazil fumbling a kick deep in its own end.

Brazil pulled even at 10-10 in the second half with a 44th-minute try from Santini, who raced 90-odd metres down the field after intercepting an attempted long pass by Mariu.

A Pakulis try in the 59th minute, driving over from dummy half, survived a review by the television match official, with Franada’s conversion putting Canada back into the lead at 16-10.

Several Brazilian players were noticeably struggling as the second half went on.

The Canada women are ranked sixth in the world compared to No. 17 for Brazil, although the rankings don’t mean much given how infrequently teams like Canada play.

Prior to the World Cup, the Ravens’ last trip was a tour to Serbia in 2019. 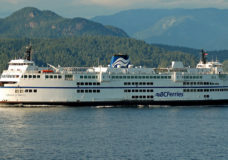 Mechanical issues lead to cancellations on Nanaimo to Vancouver route 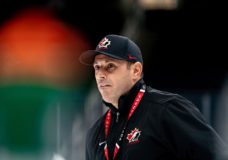