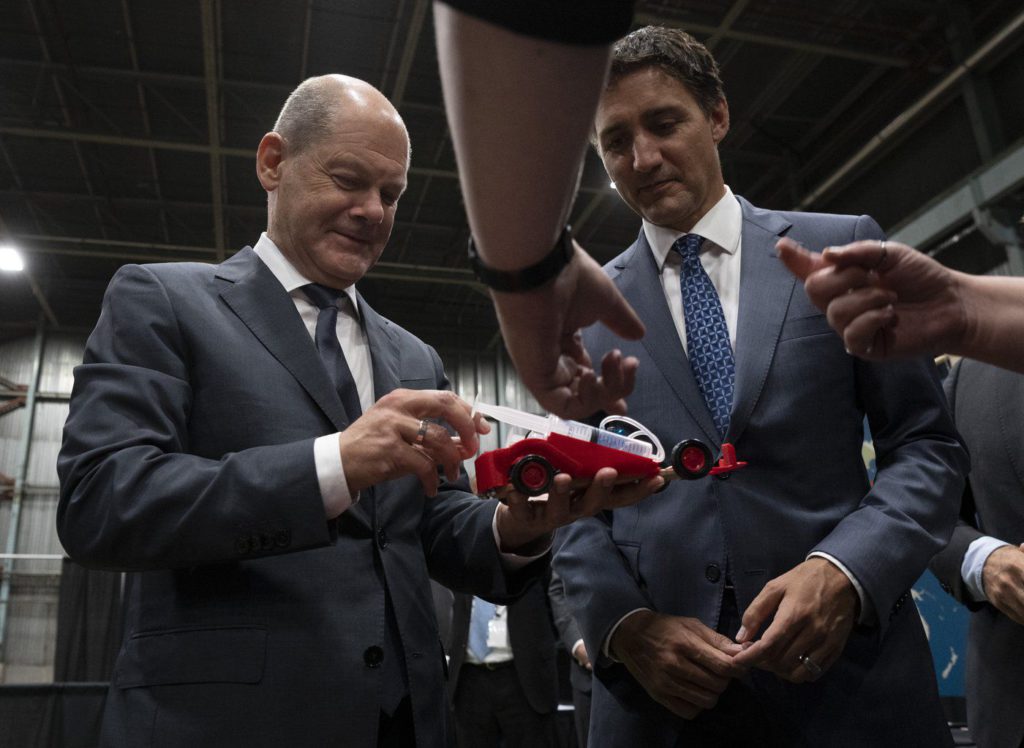 Natural Resources Minister Jonathan Wilkinson and German Vice-Chancellor Robert Habeck signed the deal on Tuesday in the port town of Stephenville, N.L., where they attended a hydrogen trade show along with Prime Minister Justin Trudeau and Chancellor Olaf Scholz.

The five-page agreement is a “declaration of intent” to create a hydrogen alliance between the two countries.

He cited private-sector investment in green energy projects, including the one planned in Stephenville, as proof the deal can reach its ambitious goals.

“There is a market case for this. This is where the world is going.”

Canada is largely responsible for ramping up production of hydrogen and Germany will mainly focus on a shipping corridor to transport it across the Atlantic.

While Russia is not named in the agreement, the pact is as much about energy as it is about sending a message to President Vladimir Putin that his country’s era as a global energy superpower is at risk.

Germany is seeking long-term energy replacements for fossil fuels both to meet its climate commitments and to end its energy dependency on Russia.

Scholz said there are plans to ramp up production capacity, but the majority of Germany’s hydrogen needs will have to be covered by imports. Even importing liquefied natural gas from countries other than Russia will not be enough, he said.

“In the long run, the real potential lies in green hydrogen from the wind-rich, thinly populated Atlantic provinces,” Scholz said.

Wilkinson said in an interview Tuesday that there is no doubt this agreement is happening now because of Putin and the invasion in Ukraine.

“Almost all of the projects we are seeing in Atlantic Canada have really come about in the aftermath of the invasion. This is part of a strategy for the Germans — and eventually all of Europe — to say, ‘We are not going to be dependent on Russia again.’”

Both governments are clear this agreement will not solve Germany’s immediate desire to wean itself off Russian oil and gas — a necessity as the war in Ukraine has threatened European energy security.

Although Canada currently produces almost no hydrogen that would fit the goals of the agreement, both countries believe a new hydrogen trade corridor can be up and running “well before 2030” and the first deliveries are possible in 2025.

That would require Canadian projects to be reviewed and issued permits, to be built and producing fuel, and to have feasible shipping options developed within three years.

“The (regulatory) processes have to be done rigorously and properly,” Trudeau said.

EverWind Fuels, the Nova Scotia-based company behind the Stephenville development, plans to use wind power to create hydrogen and ammonia. That ammonia would be shipped to Germany, where it can be used as fuel to replace natural gas, or converted back into hydrogen.

It, too, is eyeing 2025 as a target for its first exports and signed memorandums of understanding Tuesday with two European companies — E.ON Hydrogen and Uniper Global Commodities — to send green ammonia to Germany from its Nova Scotia facility beginning that year. The facility at Point Tupper is expected to be the first to be operational in Atlantic Canada, EverWind said.

Founder and CEO Trent Vichie said in an interview that the show of support from both governments is critical, but he warned that there are lessons to be learned from the failure to develop liquid natural gas production and export capacity.

“We feel that it’s a race and that Canada has the opportunity, if they act in support, to take take a place in this industry and be one of the early leaders,” he said.

The bilateral deal does not say how much hydrogen Canada and Germany think could be shipped overall by 2025.

“It is absolutely ambitious, but part of the thing about setting goals is you need to be ambitious to actually force action,” Wilkinson said.

He said projects that use onshore wind power have a shorter time frame than offshore wind, but acknowledges initial production will be quite small.

It will also take time for German demand to ramp up, said Wilkinson. That will require infrastructure changes, such as piping upgrades in homes to use hydrogen for heat.

Germany has a noted preference for “green” hydrogen, which is produced by splitting water molecules using electrolysis powered by renewable energy.

But Canada is also looking to produce copious amounts of “blue” hydrogen, the kind derived from natural gas but with the accompanying carbon dioxide emissions trapped with carbon capture and stored back underground.

Currently almost all of the hydrogen made in Canada — about three million tonnes in 2020 — is made from natural gas without carbon capture technology. That type of hydrogen is referred to as “grey.”

Germany isn’t barring blue hydrogen but will not put government money toward it. That said, most of Canada’s blue hydrogen will come from Western Canada, and shipping it to Europe is no more feasible than getting natural gas from Alberta and British Columbia to Europe.

Any blue hydrogen exported from Western Canada will seek American or Asian markets.

The agreement does include a requirement for the two countries to develop a mutually agreed upon method to define “clean, low carbon and renewable hydrogen.”

But it is carefully crafted to note Germany’s preference for green hydrogen while recognizing Canada’s desire that both types are included.

Canada intends to lean on existing funding programs, including the $1.5-billion Clean Fuels Fund, but will put additional dollars on the table when or if needed, Wilkinson said. 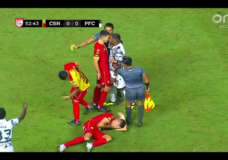 Pacific FC falls to Herediano in penalties, knocked out of CONCACAF League in Costa Rica 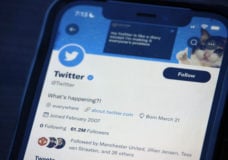