Canada Day shouldn’t be a celebration but a day of reflection, say local Indigenous people

Instead of the usual fireworks and celebrations on July 1st, there are calls for a day of mourning, reckoning, and solidarity.

“I can’t see myself celebrating this country this year,” said Lou-ann Neel a Kwakwaka’wakw artist, and Indigenous advocate.

Neel is a survivor of the Port Alberni Residential ‘School’ where she was stripped of her culture, language, and basic human rights.

The latest discovery in Cranbrook of 182 unmarked, shallow, graves on a former Residential ‘School’ site, has brought the total to more than 1,000 unmarked graves identified formally so far.

According to the Truth and Reconciliation Commission, there are more yet to be uncovered.

The news is leaving Neel, like many other Indigenous people across Canada, in mourning.

And some are saying we should carry the weight together.

“You can be happy to live here in Canada, it’s a beautiful place. But I don’t think we should be celebrating the institutions and government,” said Kasalas (Sasha) Perron, who is part of the Da’naxda’xw First Nation.

Perron has been running one kilometre for every child found in the Kamloops unmarked graves since mid-June, raising money for the residential school survivor’s society.

His 216th kilometre is open to all on July 1st, where he, other Indigenous people and leaders will walk from Fisherman’s Wharf at 10 a.m. to the B.C. legislature, where dancing, drumming and singing will take place ending at 4:00 p.m.

That last kilometre, intended to commemorate the lives of the children still waiting to be found

A march is also planned in the nation’s capital tomorrow. Both, are asking for Canadians to come together and reflect.

“We talk about Canada being that compassionate society, and one of the greatest places in the world to live. I think having our non-indigenous neighbours and friends stand with us, is proof of that,” said Neel.

Due to the recent discoveries of unmarked graves in British Columbia and across the country, CHEK has made the decision to not broadcasting a planned Canada Day special.

We are using this moment as a time of reflection, mourning and reconciliation.

A national Indian Residential School Crisis Line has been set up to provide support for former students and those affected. 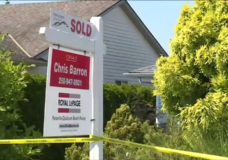 'They were both kind': Friends shocked after apparent murder-suicide in Parksville 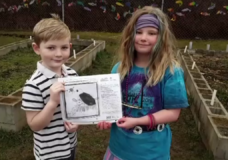