Since the Taliban took over Afghanistan in August 2021 there have been dangerous and covert missions to help citizens escape, including a family on Vancouver Island looking to sponsor a family to come here.

It’s a life and death scenario to get them to Pakistan which is what retired Edmonton teacher Spencer Sekyer did in December to help get a family to Islamabad, Pakistan.

Now he’s sponsoring them and wants to bring them to Canada.

“To me, this is what we do as Canadians,” said Sekyer. “We are a country of immigrants typically, so this is our opportunity to help this next wave of refugees who certainly need it.”

He needs to raise over $40,000 to help that family but is also wanting to help the family of a former Afghan interpreter who helped Canadian troops there.

The two became friends when Sekyer went to Afghanistan in 2010 to teach.

That man is already living in California but his father was recently murdered and nine other family members are desperate to get out of Afghanistan.

“Seriously, three-quarters of the country is trying to get out and we could sit and have a whole conversation about all the people who have seen me in the streets and come up to me and ask where are you from? I’m from Canada I say, and guess where they all want to come? Canada,” said Sekyer.

Michelle Downey is a friend of Sekyer and lives in Campbell River. She is already the sponsor of a family from the Democratic Republic of the Congo that has settled on Vancouver Island.

Now she hopes to find a sponsor for the Afghan family of nine.

“I guess that’s what’s really been on my heart to try to see how we can help Afghan families,” said Downey. “The dire situation is the Taliban wants to kill them and the daughter has just recently received a death threat, it’s called a marriage death threat and she’s going to be taken and married off to a Taliban. She’s 17 years old.”

The sponsor would have to raise $43,000 and be legally responsible for the refugees for one year.

“The urgent part is the letter of intent,” she added. “There’s a two-week window to say we’d like to sponsor this family. It gives you more time to raise the money but there’s an urgency in applying so I’m calling out anyone who might be willing to help wherever they live.”

Michelle can be reached at [email protected] 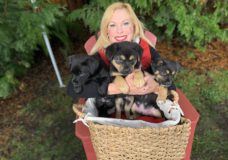 Pet CHEK: The six rambunctious puppies of the 'Sopranos' litter 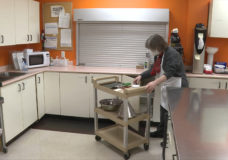 Vital People: Volunteer opportunities can be tailored to your COVID concern level