Campbell River RCMP is advising the public that there will be an increased police presence in the city Saturday due to a planned motorcycle gathering.

On Aug. 15, the first Devil’s Hand Poker Run is scheduled to start at 12 p.m. in Campbell River. Police say the motorcycle gathering is being hosted by Devil’s Army Campbell River chapter.

The B.C. RCMP’s Combined Forces Special Enforcement Unit has previously described the Devil’s Army as an “outlaw motorcycle club” that has been based in Campbell River since 2009.

“In the interest of police and public safety, the Campbell River RCMP would like to advise the public there will be an increased police presence in the area during this time,” police said in a statement on Friday.

Campbell River RCMP said event coordinators have not provided an estimate of attendees.

“The Campbell River RCMP would like to take this opportunity to remind participants that adherence to provincial legislation and recommendations in regards to the current COVID -19 pandemic is strongly suggested,” police said in a statement.

“As cases in British Columbia continue to rise, following current safety guidelines is necessary not only to maintain the safety of the attendees but to minimize the spread of this disease within our community.”

In 2018, Richard Alexander, who police said was the president of the Devil’s Army Motorcycle Club in Campbell River, was charged with first-degree murder in the 2016 death of John Dillon Brown.

At’s JJ’s Pub in Campbell River tents were going up Friday and extra staff were scheduled for Saturday in case the poker run makes a stop though management says they haven’t been informed the run is actually coming. 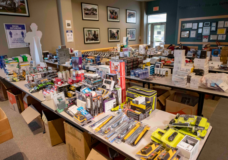 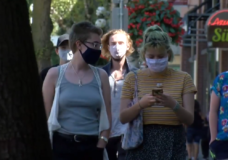 COVID-19: Province putting partiers on notice, but what are the consequences?