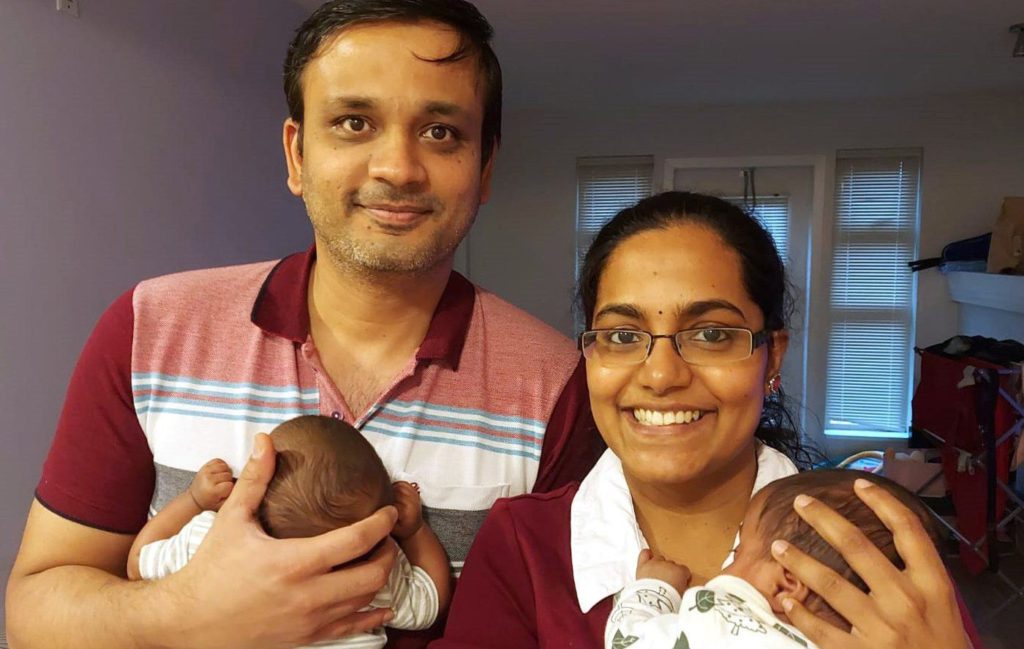 THE CANADIAN PRESS/HO, Preethi Krishnan
Preethi Krishnan, right, holds her daughter Sudha, as her husband, Ashok Narasimhan, holds twin sister Shraddha in this undated handout photo. The couple took comfort in seeing their premature babies in hospital in between daily visits, thanks to cameras installed at the infants' bedsides at Richmond Hospital.

When Preethi Krishnan would return home from the hospital after visiting her premature twins, she took comfort in knowing they were just a few clicks away on her laptop or phone, even in the middle of the night, thanks to web cameras installed by their bedsides.

A pilot project that started in June at the neonatal intensive care unit of Richmond Hospital in British Columbia has become a permanent fixture after winning high praise from anxious parents who can virtually see their babies there any time.

Krishnan and her husband, Ashok Narasimhan, were expecting their daughters to be born earlier than their Nov. 23 due date, but they were surprised when the babies made their debut at BC Women’s Hospital on Sept. 14, each weighing 1.3 kilograms.

Sudha, which means honey in Sanskrit, and Shraddha, meaning determination, would get all-day visits in the NICU from their parents as their mom was recovering from a C-section and they were getting help breathing due to their underdeveloped lungs.

“It was not an easy thing, just to leave them and come home, then sleep and go again. It was difficult to get to sleep sometimes,” Krishnan said.

After four weeks, the girls were transferred to Richmond Hospital, about 30 minutes from the family’s home in Vancouver. But it would be another month before both babies could come home.

The emotional toll on the parents was lessened when they learned they could see their kids from home via webcam whenever they wanted to take a peek.

The babies’ maternal grandparents, who were visiting from India, could also see the infants on camera while waiting to meet them.

“It just gave us a really positive feeling,” Krishnan said, adding Shraddha was able to come home after three weeks but Sudha, who was born two minutes earlier, had to stay in hospital for another 10 days.

“That was kind of heartbreaking. I was crying,” said Krishnan, a post-doctoral fellow at the University of British Columbia, where she is researching pediatric tuberculosis.

“The good thing was that we could log into the system and see what she was doing, even sometimes during the night, when sometimes I would get up to pump (breast milk). So, it was reassuring to see her.”

“Sometimes I would talk to Shraddha and say, ‘See, your sister is here.'”

Seeing their hospitalized daughter sleeping peacefully through a phone also allowed the couple to get some rest, said Krishnan, adding the twins are now thriving.

Dr. Erik Swartz, regional head of the pediatrics department at Richmond Hospital, said the 24/7 low-tech virtual connection helps to create a bond between babies and their parents, who often experience separation anxiety during the post-birth intensive care treatment, which can last for weeks or months.

“Being able to go home, log in and look at their baby, I think, reduces anxiety levels. And it also reduces that sense of guilt that many parents feel leaving their baby in the NICU just to go home, even if it’s just for dinner or for a nap.”

Initial concerns about privacy and security issues related to the cameras installed at all six bedsides in the unit did not materialize, Swartz said.

“If anything, it reduces the workload on some of our staff because parents can feel comfortable that their children are doing just fine just by logging in and looking. And they don’t have to phone the unit and ask, ‘How’s my baby doing, is everything OK with my baby?'”

Another benefit of the program is that doctors believe mothers are able to increase their pumped breast milk supply when they see their baby on a webcam, Swartz said, adding that happens even when a new mom looks at a photo of her child.

Jillian Schulmeister, manager of the women’s and children’s program at Richmond Hospital, said 2,500 unique logins were made between June and November, including from extended families in Colombia, the Philippines and Ireland because parents can share their link with others.

She said details of the program, including privacy and cybersecurity protections, will be shared with other hospitals that have shown interest.

“Families are very, very happy with these cameras,” Schulmeister said.

Toronto’s Hospital for Sick Children installed webcams in the NICU last November and was one of the first in Canada to do so, the SickKids Foundation said.

It said that was made possible after a $250,000 donation from the family of a baby girl who spent four months in the unit.

This report by The Canadian Press was first published Dec. 14, 2022. 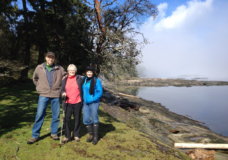 'It is a gift for us all': 52.5-acre land donation near Nanaimo is largest ever for conservancy group 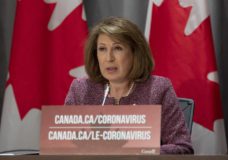