WATCH: More questions are being asked about the safety of a popular recreational activity. A Victoria father died after an accident at an indoor trampoline park in Richmond on Saturday and injuries associated with trampoline parks are growing. And as Mary Griffin reports, there is an increasing chorus of voices calling to regulate the industry.

On Thursday, many elementary school students are going through their paces at Victoria Gymnastics.

Each movement is carefully monitored by instructors, according to owner Andy Poirier.

“First, it’s an eight to one ratio, a low ratio. Next, there has to be an instructor within reach of the athlete at all times,” Poirier said.

“Victoria Gymnastics sees hundreds of athletes workout every day. That’s why there is strict protocol on what’s allowed. We don’t do unsupervised play. There’s many facilities, and the trampoline parks do this, where you don’t have a certified instructor”

Witness Charlie Bouzakis of North Vancouver says one of Greenwood’s daughters tried to get staff to help.

“And he’s not breathing. And she’s crying, and screaming. And the man at the front desk said, just one minute. I’m checking someone in. I’ll be with you in a minute.”

Richmond RCMP are now investigating Greenwood’s death. But as the number of trampoline parks increases in Canada, so do the injuries according to Dr. Christopher Morrow, the division head of emergency medicine at Island Health. “Anecdotally, we’ve seen an uptick in trampoline injuries coming to the emergency department.”

In Canada, there were 4,247 cases of trampoline injuries treated in the emergency departments of 15 hospitals from 2005 to 2010. Both the American and Canadian Pediatric Associations are against trampolines.Morrow said the organizations point to many reasons for avoiding trampolines, particularly for children.

“They’ve all said that trampolines are dangerous and should not be used for fun or recreation. And that they should be used in a training, gymnastic environment only,” said Morrow.

Watching his son go through the routine at Victoria Gymnastics, Blaine Scott said his family visited the Richmond trampoline park several years ago. “I was very surprised by the lack of staff, running it and stuff. So, you could just jump into the foam pit anytime you wanted to,” Scott said.

There are no regulations in place regarding trampoline parks, but Technical Safety BC is planning on reviewing how these facilities are operated. 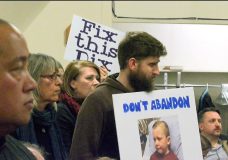 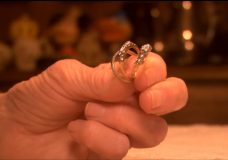