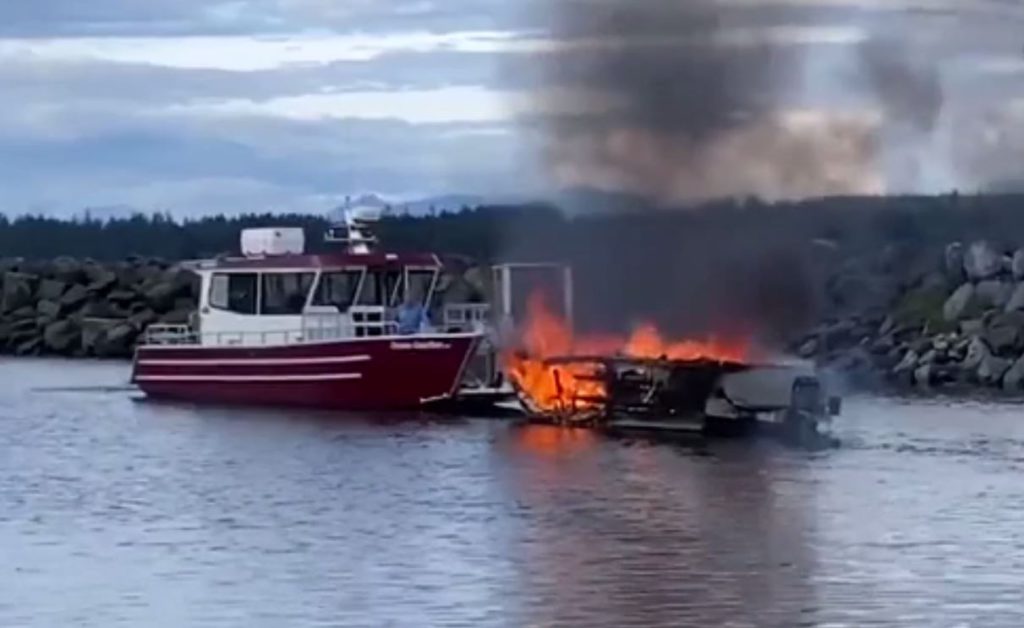 Sean Adelberg
A boat on fire at Fisherman's Wharf in Campbell River.

A boat owner in Campbell River lost two boats Tuesday night, both going up in flames.

“We saw smoke and could really smell it so we came over to the pier here and sure enough, there was this huge boat on fire and then a second one,” said witness Sean Adelberg.”

Campbell River Fire says the owner was working on a 16-foot vessel when a fire started on the boat, which then spread to his 23-foot vessel tied to it.

The incident happened at Fishermans Wharf in Campbell River.

Eric Sumner was on the dock near his boat and jumped into action fearing the worst. He towed the two burning vessels away from the dock they were tied to.

“It would have taken that whole five finger down, it would have lit every boat on fire and maybe kept going to the next finger over,” he said.

He towed the two vessels away from the dock before flames burned through the tow rope and the two boats became separated.

“So then I pushed the first boat on the breakwater and threw a couple of swells on it and began to extinguish it that way,” added Sumner.

Campbell River firefighters were on the scene quickly but the department doesn’t have a fireboat. Fortunately, the blaze was within reach of their hoses on the dock.

“We received multiple 911 calls through our fire dispatch centre,” said Campbell River Fire Chief Thomas Doherty. “Crews extended some hose lines out to try and suppress the fires. Quick action by some of the mariners here in the marina who moved the larger boat away from the docks definitely helped mitigate the risk of spread to other vessels and the dock itself.”

Firefighters laid down a boom around the debris field and members of the Canadian Coast Guard have been watching over it.

Doherty says the smaller boat burned to the waterline, and the 23-footer sank.

There are no injuries and no other boats were damaged. 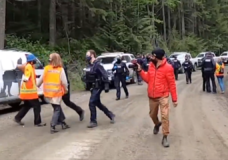 RCMP arrest nearly 30 old-growth logging protestors, most in one day since enforcement began