Blue Bridge Repertory Theatre is celebrating its 10th anniversary season with a classic drama written by Arthur Miller. The play is called ‘All My Sons.’

Miller’s 1947 drama explores the rot at the centre of the American Dream ? looking at the tragic consequences that result when good people make one bad decision.

Blue Bridge Theatre’s Artistic Director Brian Richmond says that audiences will relate to the themes of this play ? just as relevant today as when it debuted 71 years ago.

“[All My Sons] is the first play that brought Arthur Miller to the world’s attention. He’d written plays before this, but none of them had succeeded.  This was his first commercial success.”

Richmond adds that Blue Bridge Repertory Theatre strives “to give people genuinely world-class productions of the great plays from the past. [All My Sons] is a rare opportunity to see a play that you’re not going to get a chance to see that often, particularly produced at this level.”

‘All My Sons’ runs until June 10 at the Roxy Theatre on Quadra Street. 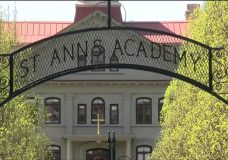 Victoria Foundation will now manage legacy of The Sisters of St. Ann 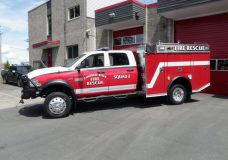