Bilingual signs could be coming to multiple streets in downtown Duncan

A number of the street signs in Duncan could soon be going bilingual — but they won’t be in Canada’s other official language.

Station Street is among the streets that would also get a name in Hul’q’umi’num, the first language spoken in the region.

“It’s something that is exciting that people will be interested to know about and it put downtown Duncan on the map,” said Amanda Vance, the association’s executive director.

Those behind the innovative initiative say new Hul’q’umi’num names for seven downtown streets, would be a good way to honour Cowichan Tribes language.

Cowichan Tribes is supportive of the project and a committee of members has worked with the Association to come up with appropriate street names.

“I love the idea. It means a lot just hearing that we’re going to have Hul’q’umi’num on our streets,” said Lucy Thomas who heads the committee.

The number of people who speak Hul’q’umi’num has been waning but Cowichan Tribes is working hard to teach it to the next generation.

The project still needs the blessing of Duncan city council but the mayor says she likes what she’s learned about the project so far.

Funding for the unique project will come from a provincial grant.

The Downtown Duncan BIA has also put together a documentary called “Nanum Council Proposal” helping to explain why the bilingual street name project should get the green light. 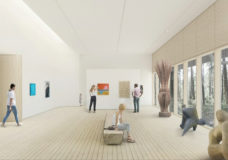 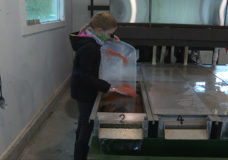