WATCH: Over two metres of snow might fall on Mount Washington by Saturday. Dean Stoltz has more.

Visibility was limited for drivers heading up Mount Washington Wednesday as heavy snow fell on the area.

It was also a problem for skiers and boarders on the slopes but most of them didn?t mind one bit.

“We?re here to shred the gnar,” said one snowboarder. “It?s powder all day so we might as well do it right? It?s beautiful out here.”

More than 30 centimetres of snow had fallen in 24 hours at Mount Washington Alpine Resort by noon Wednesday and much more is on the way as a huge multi-day storm hits Vancouver Island.

“We?re looking at upwards of two metres, that?s forecast to hit before the weekend so whether we get that or not it certainly is helping fill in the inversion that we had over the weekend.” said resort spokesperson Sheila Rivers.

People were busy shovelling the decks outside their cabins as the snow piled up and Emcon plows did their best to keep up with the storm on the main roads in the village.

Smaller, private contractors were also trying to keep ahead of the falling flakes.

“I mean you push, push, push and by the time you finished your first place you come back again she?s loaded back up again,” said Wayne Wort who was busy clearing snow with his Bobcat.

Wort has cleared snow on the mountain for 18 years and says this storm is one of the biggest.

“Nineteen-ninety-nine was a big year here, it was a crazy, year.” he added. “Twenty-ten was a crazy year and this compares with 2010, I mean what we receive tonight in the forecast coming up.”

About four metres of snow has fallen on the resort so far this season, which is average for this time of year. 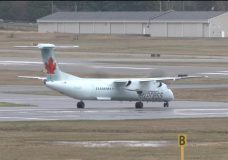 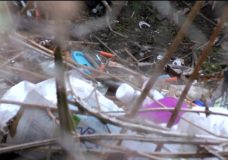