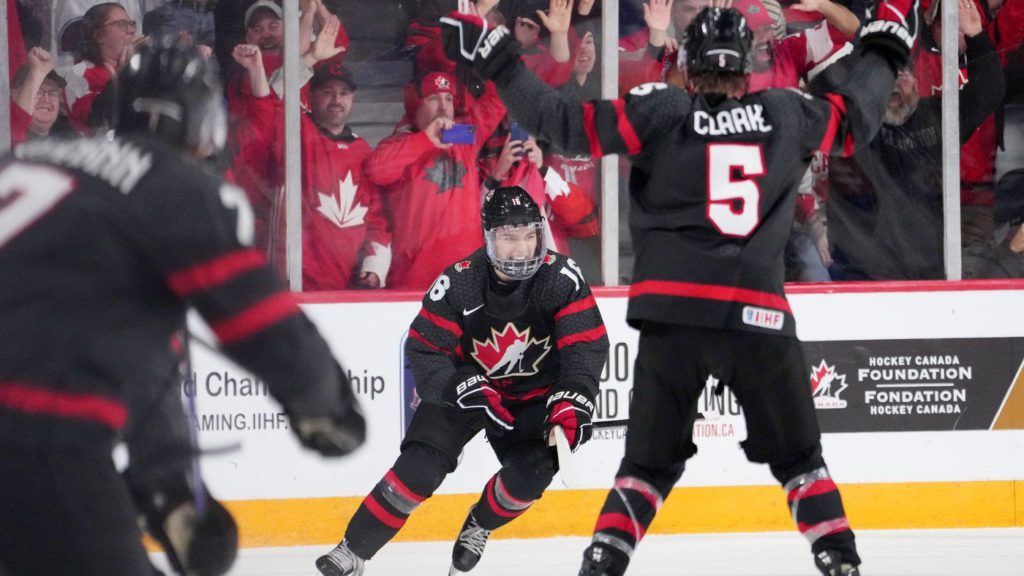 Connor Bedard made one opponent miss.

The breathtaking 17-year-old then calmly slid the puck home to set off wild celebrations and send his country to the semifinals at the world junior hockey championship.

Bedard scored at 5:17 of overtime on a brilliant, jaw-dropping individual effort Monday as the tournament hosts defeated Slovakia 4-3.

The extraordinary talent deked his way past three Slovaks before backhanding his eighth goal of the event to blow the roof off a red-clad Scotiabank Centre.

“I always want the puck,” Bedard said. “It’s still hockey, I’m still out there doing what I love. The moment’s big. But I’ve done that same move, I’ve done the same shot I took a million times in my basement … in practice, by myself on the ice.

“I’m out there playing hockey.”

At an absolutely astounding level.

“That was one of the craziest moments I’ve ever been a part of.”

Bedard also scored early in the first — setting four records in the process — before adding an assist on Canada’s second goal to establish another national mark.

“It’s hard to describe what he means for our team,” said goaltender Thomas Milic, who made 24 saves, including a couple huge stops to keep his team alive. “It’s almost like he’s pressing random buttons on the Xbox controller coming up with some of these dangles. You never know what he’s going to do next. He keeps surprising.”

Dylan Guenther and Zack Ostapchuk provided the rest of the offence for the Canadians, who will face the United States on Wednesday after the Americans thumped Germany 11-1.

Libor Nemec, with two, and Robert Baco replied for Slovakia, which got 53 stops from Adam Gajan.

Czechia trounced Switzerland 9-1 to set up the other semifinal against Sweden, which beat Finland 3-2.

With Simon Nemec off in the penalty box for a cross-check on Bedard late in the third, Shane Wright hit the crossbar in overtime on a shot that went off Gajan’s pad.

Milic then made a terrific glove stop on Servac Petrovsky to keep his team alive before Bedard added his name to Canada’s world junior lore.

“I thought it went in,” Bedard said of the Petrovsky chance. “I was about to start crying on the bench. That was ridiculous. I was so scared.”

The presumptive top pick at the 2023 NHL draft, Bedard opened the scoring just over six minutes into the first on a breakaway after Slovak defenceman Pavol Funtek turned the puck over.

That pushed the centre for the Western Hockey League’s Regina Pats past Eric Lindros for top stop on Canada’s all-time list with 34 points at the men’s under-20 event.

The North Vancouver, B.C., product has also passed Jordan Eberle for the most combined goals at the world juniors by a Canadian with 16.

Canada went up 2-0 on a power play with five minutes gone in the second when Bedard found Othmann, who in turn fed a falling Guenther.

“I’m not focused on personal success here,” said Bedard, who topped the podium with Canada in the summer. “I want another gold medal … and that’s all I want.”

The Slovaks came off the mat and responded on a power play of their own when Nemec tipped in a point shot.

Canada restored its two-goal lead just over three minutes later when Ostapchuk fired past Gajan’s blocker on a 3-on-1 break.

But Slovakia got back to within one when Peter Repcik showed great patience to find Baco for his second.

Canada hit two posts early in the third period before Milic made an incredible stop on a mad scramble off Adam Sykora, shooting out a pad before Canadian defenceman Tyson Hinds stopped the followup attempt with his glove.

But Nemec scored his second of the game moments later with under nine minutes to go on Milic’s doorstep after an icing to make it 3-3.

Bedard had a terrific chance to put Canada ahead late in the third, but Funtek blocked his effort.

In the end, however, the phenom wouldn’t be denied.

“That’s what he does,” Wright said. “Stepped up when he needed to. Big-time player, big-time game.”

And the Americans are up next.

“What else is better? What else do you want?” Bedard said of the mouth-watering matchup. “Something that everyone in the country, everyone on the continent is going to be pretty excited about.

There’s also no one better than Bedard.

The Seattle Kraken forward congratulated Bedard on passing him on Canada’s goal list in a pre-recorded message.

“You’re an unbelievable player to watch,” Eberle, a hero at the 2009 tournament, said in a video posted to Hockey Canada’s official Twitter account. “I’ve been following your career since you got drafted to my hometown and playing with the Pats.

This report by The Canadian Press was first published Jan. 2, 2023. 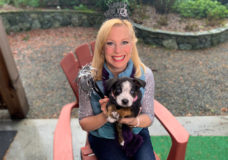 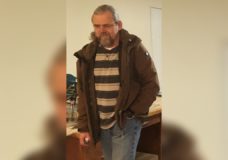