BC Parks shuts down campgrounds amid COVID-19 concerns 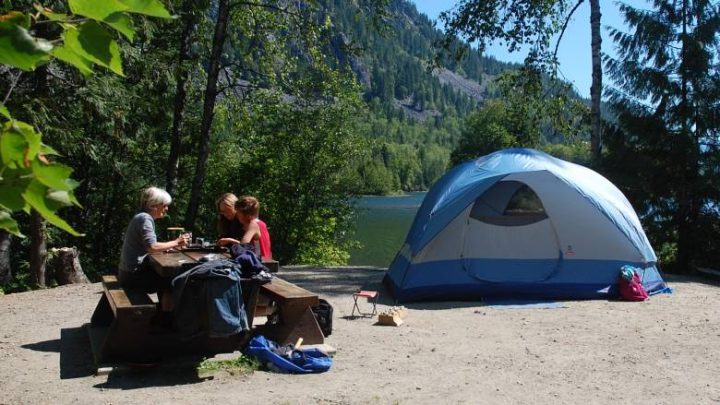 File Photo
BC Parks has aligned itself with Parks Canada to shutdown all campgrounds and camping opportunities until the end of next month, at least.

BC Parks has aligned itself with Parks Canada to shutdown camping until the end of next month, at least.

In a press release sent out Friday, BC Parks said that all campgrounds, camping opportunities and accommodations will be closed until at least April 30, 2020.

The organization is offering refunds for anyone who has made existing reservations at this time, claiming no action is required and that refunds will be issued automatically and are expected to take seven to 10 business days.

Going hand-in-hand with the camping restrictions, BC Parks has said that The Discover Camping reservation system has been suspended for any new reservations, effective immediately.

“A public notice will be issued once facilities are reopened and the system is able to accept new reservations,” said BC Parks in a press release.

Despite camping opportunities being shut down, BC Parks outlined multiple day-use parks still open around the province including Goldstream Provincial Park and Rathtrevor Provincial Park.

“Nature provides the perfect environment to promote health and well-being,” said George Heyman, Minister of Environment and Climate Change Strategy. “We are following the advice of the provincial health officer to help people get outside, while ensuring they are following the PHO’s direction and guidance to stay healthy.

BC Parks is encouraging residents to still use facilities to day hike and recreate.

“Provincial parks can attract large numbers, particularly those parks close to urban centres. Visitors should keep this in mind when choosing which park to visit. People are also reminded to keep at least two metres apart from each other during this time. In addition to social distancing, people may need to be extra patient and aware of their impact on the environment,” said the press release.

BC Parks said it will follow the recommendations set out by the provincial health officer and minister of health to assess when to reopen its campgrounds and other facilities.

You can track any changes to provincial park services at http://bcparks.ca

Along with the BC Parks news, several municipalities on Vancouver Island have started closing their playgrounds.

Call for COVID-19 protective equipment spurs college, distiller, TV show to help
Chamber of Commerce restructures job board to help those most affected by COVID-19