The organization that governs all amateur hockey in B.C. is waiting to make a decision on whether or not to sever ties with its national counterpart as a scandal surounding Hockey Canada’s handling of alleged sexual assaults grows by the day.

After Hockey Quebec and the Ontario Hockey Federation disavowed Hockey Canada this week over the allegations, BC Hockey issued a statement Thursday saying it would take time to “monitor the challenges in our game and all of the developments in recent months.”

It continued: “These matters require thoughtful and collaborative steps toward solutions for the betterment of all.”

In its statement, BC Hockey did not specifically address allegations that Hockey Canada had quietly settled a $3.55-million lawsuit over a sexual assault the victim claimed involved members of the 2018 world junior team, nor did it mention a bombshell revelation that the organization paid for uninsured liabilities including sexual abuse claims with a fund partly fed by minor hockey fees.

Statement from BC Hockey. pic.twitter.com/ktfKSduwhj

The fallout from the controversy has included a number of national brands cutting all ties with Hockey Canada including Telus, Tim Hortons and Canadian Tire.

Prime Minister Justin Trudeau on Thursday said Hockey Canada has “completely lost” the country’s confidence and expressed shock that the governing body has so far supported its current leadership.

BC Hockey says it will continue to participate in a governance review that is already underway and is also “closely monitoring the input and decisions of other members of Hockey Canada, including those of Hockey Quebec today.”

B.C. Minister of Sport Lisa Beare commented on the situation at the BC Legislature Thursday, saying she was “disappointed” and “appalled” by Hockey Canada’s response to the situation so far. She added that she would support BC Hockey if it chose to separate from Hockey Canada.

Earlier in the day, Predator Ridge announced it would cut ties with the national organization, a significant move as it is considered an “exclusive partner” that dubbed itself the “summer home” of Hockey Canada.

This is a developing story. More to come.

-With files from CHEK’s Kori Sidaway and The Canadian Press 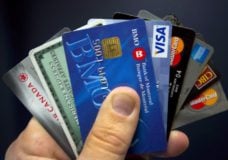 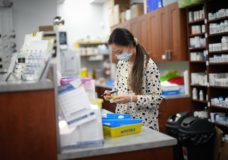