WATCH: BC Ferries is looking at the possibility of a West Shore commuter ferry. Tess van Straaten has the details.

BC Ferries is looking at whether to do a feasibility study on a West Shore commuter ferry.

There’s been talk of a ferry for years, to ease traffic congestion on the highway and to give commuters a quicker way to get downtown, but getting docks built and boats in the water require a big financial commitment.

The idea being bandied about is a ferry between the Royal Bay development in Colwood and Ogden Point, directly across from it. It’s estimated the trip would take about 15 minutes and passengers could connect to shuttle buses.

While downtown would be more convenient, that would take much longer due to the slow five-knot speed requirement in the harbour.

BC Ferries says the first step is to see how much a study would cost. Other ferry operators say it’s long overdue and they’re glad BC Ferries is looking at it.

“They seem to be the most logical operator that would step in when you look at the volume and growth on the West Shore, there’s certainly evidenced by the number of cars plugging it up, there could be some significant ridership there,” says Barry Hobbis of Victoria Harbour Ferries. “I think the logic of living on an Island where water is always accessible, more land, more asphalt, more interchanges, more bridges aren’t always there as an option.”

Hobbis says the provincial government should help fund it, just like they do with roads and bridges.

“Given the big capital investment needed to purchase the ferries and build the infrastructure, it would take decades for a private operator to get their money back,” Hobbis says.

In a statement, officials at the Ministry of Transportation told CHEK News they’re aware of “BC Ferries’ exploratory concept of a commuter passenger ferry between downtown Victoria and the West Shore” but say the preliminary discussions are being led by BC Ferries and it’s “too early to comment on the feasibility of a commuter ferry service, or on what level of support from the provincial government a service like this would require.”

BC Ferries says it expects to make a decision in the next month on whether to proceed with a feasibility study. 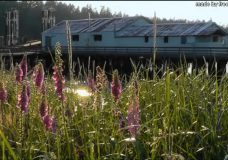 Tsawout First Nation sues for the return of James Island 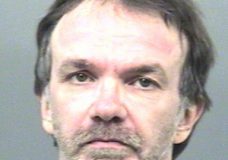