BC Ferries cancels sailings from Vancouver Island due to adverse weather 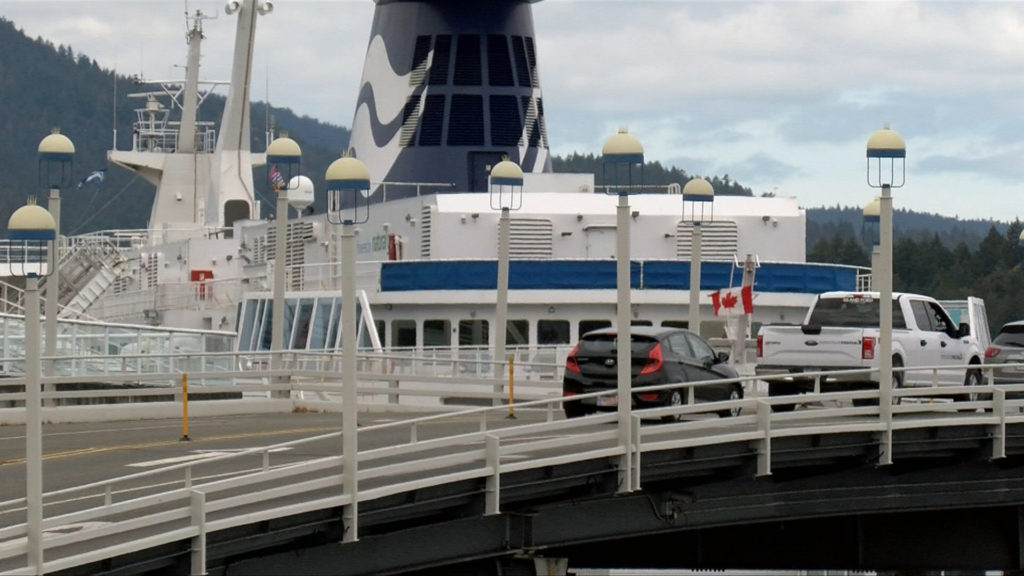 BC Ferries has started to cancel sailings between Vancouver Island and the mainland due to adverse weather.

The ferry company says that the Coastal Inspiration, travelling from Tsawwassen to Duke Point at 10:15 a.m. and from Duke Point to Tsawwassen at 12:45 p.m., has been cancelled due to ongoing weather.

BC Ferries has also announced that vessels scheduled on the Tsawwassen-Swartz Bay routes are being held at the dock as of 1:25 p.m. as they wait for a change in weather.

The region has been experiencing heavy rainfall over the course of the weekend and several roadways on Vancouver Island have flooded as a result.

Environment Canada has also issued a wind warning for early this afternoon, which may affect other sailings later today.

“Every effort will be made to accommodate bookings on the next available sailing. If we are unable to accommodate, bookings will be cancelled and fully refunded. Travel will revert to standby basis,” reads a statement from BC Ferries in regards to the cancellations.

“We don’t take the decision to cancel sailings lightly, as we know customers rely on us to get to their destinations. We will resume service as soon as it is safe to do so.  We appreciate your patience and apologize for any inconvenience experienced as a result of these cancellations,” the company adds.

Environment Canada says that winds between 40-90 km/h will be travelling in a westward direction over the Greater Victoria area and will start to pick up late this morning, due to the passage of a cold front in the area.

The wind speeds will be strongest near the water, with winds easing early this evening as the system moves further inland.

The adverse weather has also caused significant delays on sailings between Tsawwassen and Swartz Bay. As of early this afternoon, the Spirit of British Columbia was operating 45 minutes behind schedule due to the adverse weather.

“We request that customers with reservations check-in at the terminals in accordance with the scheduled sailing times to maintain their reserved status,” advises BC Ferries.

The Queen of Cowichan, which travels between Nanaimo and Horseshoe Bay, was also operating at 42 minutes behind schedule as of 11:37 a.m. this morning.

Additionally, Highway 1 on Vancouver Island is experiencing flooding in both directions, and BC Ferries says that as a result, traffic has increased on the Brentwood Bay – Mill Bay route.

Along with the weather cancellations, the MV Quinsam has cancelled select sailings between Gabriola (Descano Bay) and Nanaimo Harbour over November 15 and 16 due to staffing issues. 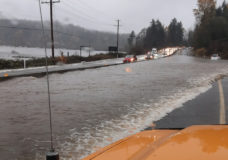 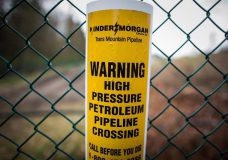 Trans Mountain pipeline shut down due to severe rain, flooding