British Columbia health officials have reported 694 new cases and one death from COVID-19 since their last update on Wednesday.

Of the new cases, 153 were recorded in Vancouver Coastal Health, 445 were in Fraser Health, 17 in Island Health, 52 in Interior Health, and  27 in Northern Health.

There are currently 6,802 active cases in the province, 457 people in hospital — 154 of whom are in intensive care.

There have been 1,995,496 of all three COVID-19 vaccines administered to British Columbians so far, and Provincial Health Officer Dr. Bonnie Henry said she expected that number to cross the two-million threshold at some point Thursday.

“With the vaccines that we have been receiving this week, we’re now in a place where we can move very quickly down these age groups, so the important thing is to be registered,” Henry said.

Henry also reported the first case of blood clotting associated with the AstraZeneca vaccine in B.C.

The woman who suffered the blood clot, in her 40s, is in stable condition and currently receiving treatment in Vancouver Coastal Health.

“I recognize it can be alarming to hear of this blood clot and if you are someone who has received this vaccine you need to know it is rare and it is treatable and you can be confident that you have received a safe and effective vaccine,” Henry said, adding such cases are one-in-100,000.

Today’s numbers were announced by Henry and Adrian Dix during a media briefing in Surrey. 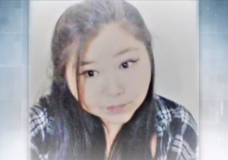 'Like a ray of sunshine': Another child dies from suspected overdose on Vancouver Island