B.C. health officials have announced that COVID-19 restrictions on social gatherings and events introduced last month will remain in place until at least Jan. 8.

It comes after Dr. Bonnie Henry, the provincial health officer, announced there were 2,020 new cases – including 45 in Island Health – and 35 deaths from COVID-19 reported over the weekend.

One death occurred within the Island Health region.

The province’s death toll now stands at 527 while the total number of cases recorded in B.C. climbs to 38,152.

Of the new cases,1,362 were recorded in Fraser Health, 304 in Vancouver Coastal Health, 45 in Island Health, 203 in Interior Health, and 106 in Northern Health.

There are currently 9,380 active cases in the province, 349 people in hospital – 77 of whom are in intensive care – and 10,747 people under active public health monitoring due to possible exposure to an identified case.

Late last month, the province rolled out a new set of restrictions that included mandatory masks in public indoor spaces as well as limitations on social gatherings to immediate household members only. They also urged British Columbians to only travel if it was essential.

During Monday’s update, Henry announced that those restrictions on social gatherings, events, visiting others outside of one’s household will be extended until Jan. 8.

“I understand that for many of us this will mean celebrating the coming important holidays in a different and smaller way than what we may be used to,” Henry said. “We can though, still be festive. We can still connect with family and with friends in a safe and virtual way, in many cases and we have seen so many ways people have done this in the past months.”

However, drive-thru and certain drive-in events will now be permitted under strict guidelines, said Henry.

Drive-in and stay events will be capped to a maximum of 50 vehicles under the new order and people must remain in the vehicles at all times.

“People attending these events should only be your household,” said Henry, adding that the events should ensure that physical distancing is maintained and have entry and exit controls.

Restrictions on adult team sports, indoor and outdoor, as well as group fitness activities will remain in place until further notice. Travel is also prohibited for all teams in B.C.

Vaccine ‘days away’ in B.C.

Although existing restrictions on social gatherings and events have been extended, it wasn’t all bad news.

Henry said British Columbia is “days away” from receiving its first delivery of COVID-19 vaccines produced by pharmaceutical giant Pfizer.

“Next week, we expect to receive our first delivery here in B.C. of the Pfizer vaccine . . . it will be a start of a program, a very important start, but a just a small amount to start with to ensure we get our logistics going,” she explained.

The vaccine will allow British Columbia to better protect elders, seniors, particularly in care facilities, according to Henry, who said more details about the rollout will be unveiled later this week.

Over the course of the pandemic, the Island Health region has reported 724 confirmed cases of COVID-19. 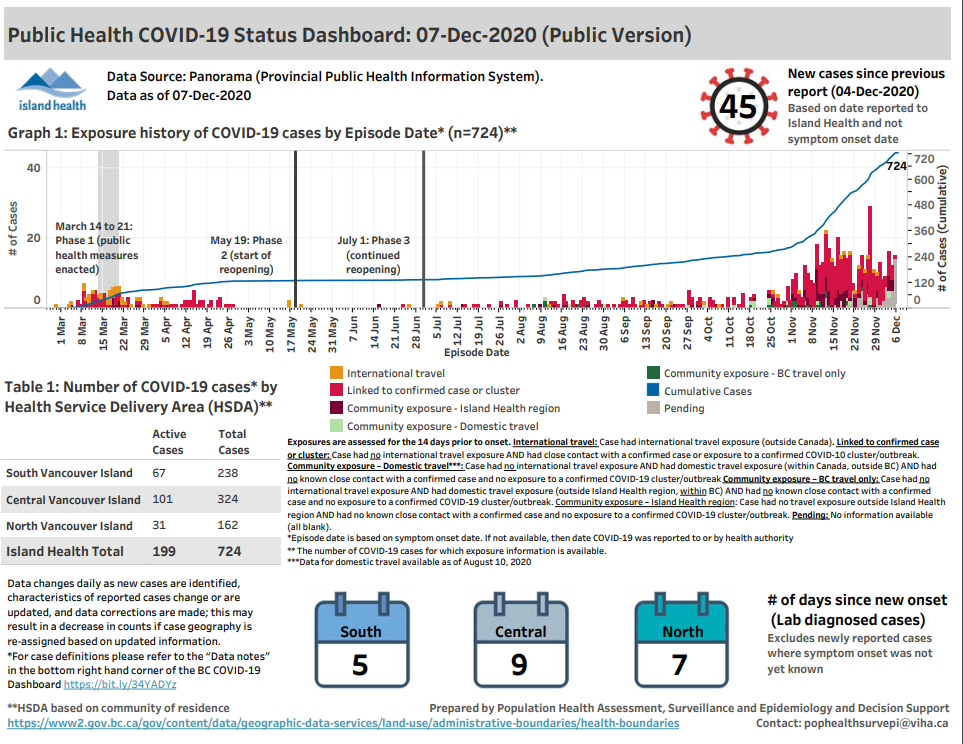 According to the World Health Organization’s website, Canada has recorded fewer deaths from COVID-19 than 22 other countries.

However, of those countries, only four – Belgium, Chile, Peru and Ecuador – have a smaller population.

The global death toll sits at 1,532,418 while the total number of cases reported worldwide has climbed above 66.4 million. 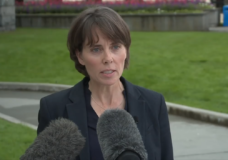 OPINION: COVID-19 – We're in it, but we're not actually all in it together 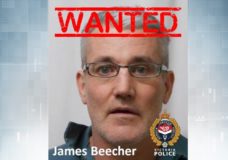