File Photo
Here is what is making headlines surrounding the novel coronavirus in British Columbia on Monday April 6, 2020.

The Canada Revenue Agency says starting today, its online application portal is open to Canadians born in January, February and March to apply for the new federal emergency aid benefit. People born later in the year may apply later this week and applications will be open to anyone come Friday, Saturday and Sunday. The benefit will provide Canadians, who have been impacted by COVID-19, with $2000 per month for the next four months. The government has said that money will arrive within 3-5 days of applying online. More than two-million Canadians lost their jobs in the last half of March due to the COVID-19 pandemic and that has Finance Minister Bill Morneau anticipating the wage benefit will cost the government $24 billion.

Commercial vessels and passenger ferries face more restrictions in a government effort to clamp down on the spread of the novel coronavirus. Transport Canada has ordered a stop on all non-essential vessels with a capacity of 12 or more passengers, such as recreation and tourism vessels. BC Ferries and other essential vessel operators have been told to immediately cut in half the maximum number of passengers carried on their ships. The newly-announced Transport Canada regulations are in addition to the BC Ferries announcing they were reducing service and the number of sailings along their major routes.

Update on BC’s numbers in early after

Provincial health officer Dr. Bonnie Henry and Health Minister Adrian Dix will release the latest infection numbers for COVID-19 today, after taking Sunday off. The announcement is scheduled for 1:30 pm PT and you can watch live on CHEK’s Facebook page and YouTube channel. On Saturday, Dr. Bonnie Henry said she was heartened by the declining number of infections, although she still cautioned that they could surge again. There were 29 new cases reported on Saturday to go along with three deaths. The total has climbed to 1,203 confirmed cases, however, more than 700 of those have recovered.

Nanaimo mill doubles production of medical-grade pulp to US

A Nanaimo pulp mill has doubled its production of medical-grade pulp to ship to a company in the US, just as a dispute over medical equipment flares up between the United States and Canada. Harmac Pacific president Levi Sampson says their customer is not 3M, however, which is the firm President Donald Trump criticized for shipping masks to Canada last week. While Sampson wouldn’t name the firm they ship to, he says he understands some of the masks, gowns and other medical equipment made with their product will come back to Canada. Prime Minister Justin Trudeau says he believes Canada will still be able to import N-95 protective masks from the United States despite the export ban.

Prime Minister Justin Trudeau will make his daily national address on Monday morning at his standard time. Trudeau will address Canadians from Rideau Cottage in Ottawa at 8:15 am PT. You can watch the announcement live on CHEK’s Facebook page and YouTube channel.

Canadians on board the coronavirus-stricken Coral Princess cruise ship will get a chance to come home on Monday. Canadians will board a chartered flight home from Florida, however, will undergo health screenings before and after their flight. Foreign Affairs Minister Francois-Philippe Champagne says only those who don’t show any symptoms of COVID-19 will be allowed to board the plane home. He says they will also have to wait out a mandatory 14-day self-isolation period when they return to Canada. The flight for Coral Princess passengers comes following the return home of those stranded on Holland America’s Zaandam. Global Affairs said yesterday that apart from the 97 Canadians aboard the Coral Princess, it knows of 49 Canadian passengers and eight Canadian crew members on seven cruise ships. 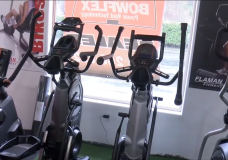 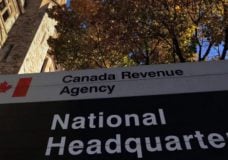