It said in a statement Friday that no more than three of any individual item may be purchased per customer, per day, at BC Liquor Stores, although beer purchases are exempt.

The 33,000 members of the B.C. General Employees Union on Monday launched limited job action, including pickets around the liquor distribution outlets, to back contract demands that include wage protection against inflation.

The ministry said the sales limits were designed “to ensure equal access to product for all customers during the BCGEU job action,” and will remain in place until further notice.

Four-packs, six-packs or other similar formats would count as one product, the ministry said.

A group representing private liquor stores, bars, pubs, and retail cannabis outlets said the rationing would likely result in some products being sold out as early as the weekend.

Jeff Guignard, executive director of the Alliance of Beverage Licensees, said provincial officials informed his organization the restrictions would remain in place as long as pickets surrounded BC Liquor Distribution Branch wholesale and distribution centres in Delta, Richmond, Kamloops and Victoria.

Guignard said at a press conference in a private Vancouver liquor store Friday that the rationing comes at a bad time for the hospitality industry, which is recovering from pandemic-related losses and staff shortages.

“Customers are going to start to see stock-outs this weekend. So we’re frustrated,” Guignard said.

“Today we’re asking both sides to get back to the table immediately and find a deal, because this is now impacting B.C.’s entire $15-billion liquor industry, thousands of small businesses and 200,000 workers that we employ.”

Imported drinks would likely be the first to run short, Guignard said, with B.C. beer, spirits and cider less affected.

He said some retailers had experienced limited “panic buying” as a result of the strike action, and news of the rationing could make it worse.

The union said that if it planned to adjust its strategy it would inform members first.

“There’s way more people inside right now and there’s a lot of stuff on the shelves that isn’t there anymore,” said Adolph Burke who visits the store at the same time every week. 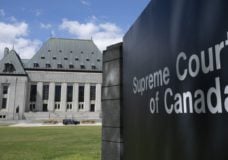 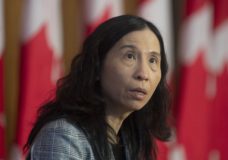