Students and teachers across the province were back to class Tuesday, returning for their first relatively normal year since the COVID-19 pandemic began.

Unlike last year, masks won’t be required, but the teachers’ union has other worries like looming staff shortages and contract negotiations aiming for a cost-of-living wage increase.

“There are teachers who are looking elsewhere for a better commute to work and better opportunity to purchase or rent a home,” said Turcotte.

The contract for B.C. teachers expired in June. They’re actively seeking a wage increase connected to inflation to combat the brain drain to other districts and provinces.

“We’re the second lowest paid teachers in Canada and we’re looking for a wage increase in this round of negotiations,” Turcotte said.

Turcotte says the BC Teachers’ Federation will be back at that bargaining table at the end of the month.

Heading back to class also means back-to-school speed limits are in effect, and police are making sure drivers know.

“We’ve been here for about an hour this afternoon and we’ve pulled over four vehicles for excessive speeding in a school zone,” said Staff-Sgt. Brad Brajcich with Saanich Police.

Police say there’s no excuse for speeding in a school zone. They’ll be out in full force the next two weeks enforcing the rules of the road in school zones to keep kids safe. 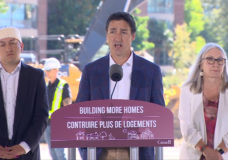 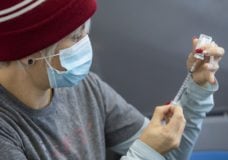